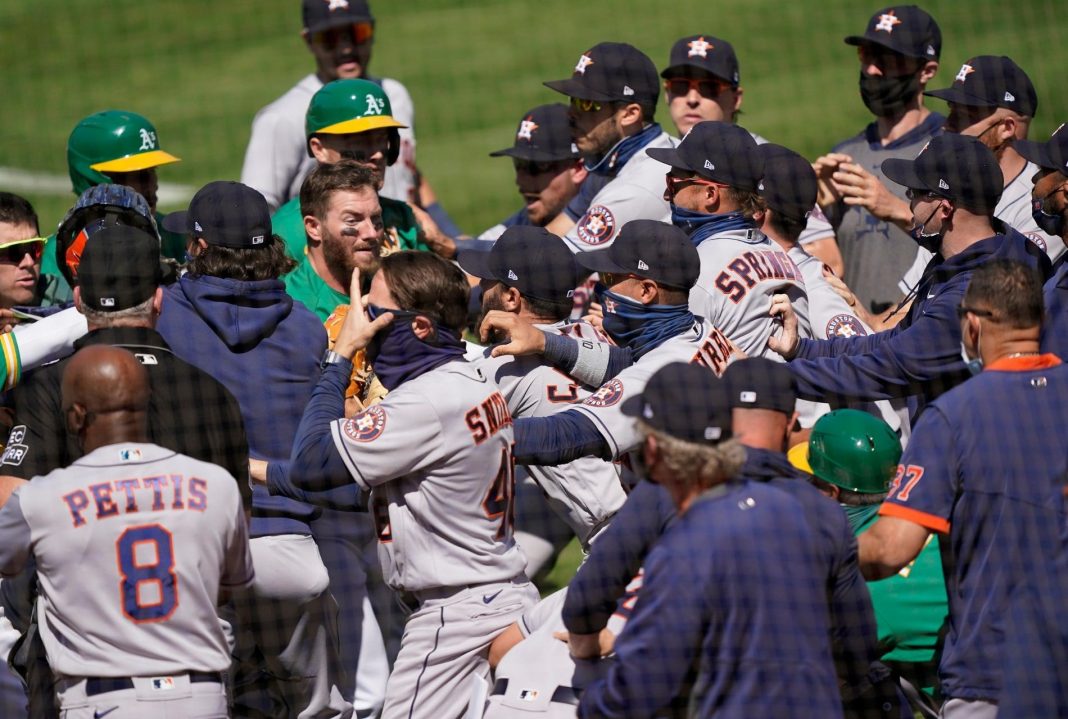 Major League Baseball is trying to muddle through a shortened 60 game season where no fans are in the stands.

This is a season the likes of which no one has ever seen.

And now a brawl broke out in a baseball game and you won’t believe why.

After the third bean ball, Laureano – who was originally drafted by the Astros in 2014 – charged the Astros dugout and brawl erupted.

Laureano later told ESPN that he ran at the Astros dugout because Astros hitting coach Alex Cintron made nasty comments about Laureano’s mother.

“Every day I wake up with the motivation to be with them,” Laureano told ESPN. “They sacrificed their life for me. They made the tough decision to let their own kid go to the States by himself and follow his own dreams. I’ve been away from my family for 10 years. It’s tough to be away from them. Any chance I have to be with them, I feel like I’m in heaven. So for him to say that to me about my mom, it doesn’t sit well. I’ve got a fire inside me right away in that second.”

But there may have been something else at play.

Oakland A’s relief pitcher Mike Fiers is the whistleblower who revealed the sign stealing scheme the Astros used in 2017 to cheat and win a tainted World Series.

The Astros may have been throwing at so many A’s batters as retaliation for Fiers revealing a scandal that led to suspension of the Astros manager and general manager as well as the near universal feeling among fans that the Astros 2017 title was tainted.