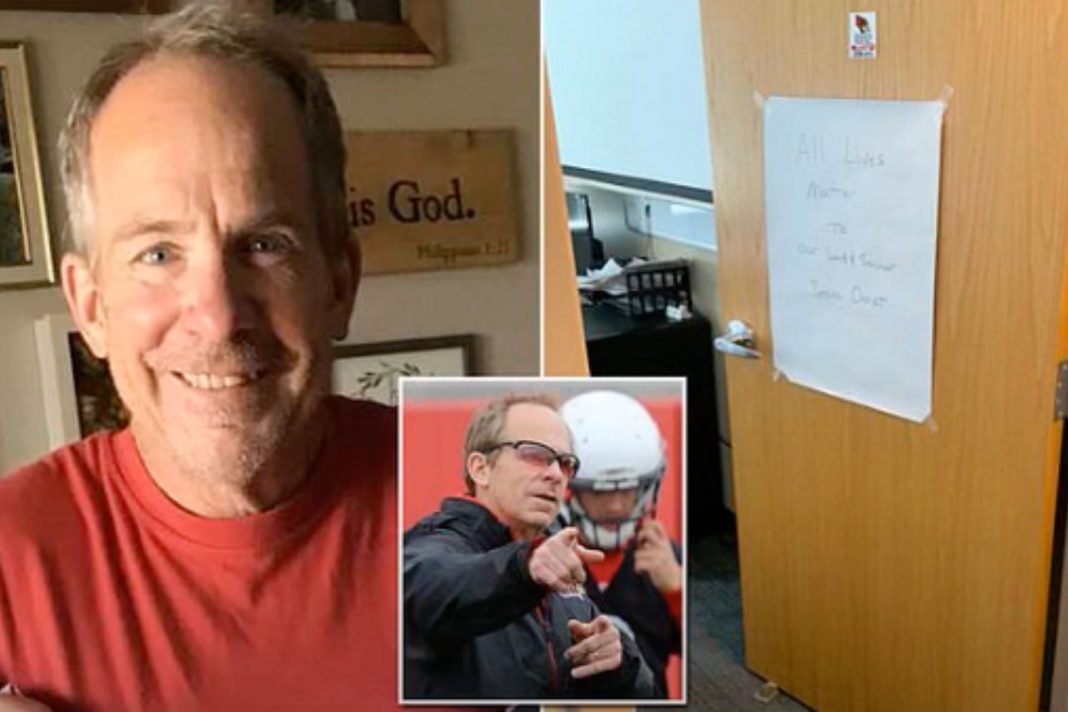 Political demonstrations continue to roil the world of football.

Now they are costing coaches their jobs.

And a football coach just resigned over this Black Lives Matter protest.

Illinois State offensive coordinator Kurt Beathard – whose father was the General Manager who built the three Super Bowl championship teams for the Washington Redskins in the 1980s – resigned after a controversy involving Black Lives Matter.

In an exclusive interview with The Pantagraph, Beathard stated that he removed a Black Lives Matter sign that someone hung on his door and replaced it with one that read “All Lives Matter to Our Lord & Savior Jesus Christ.”

Beathard’s message of Christian love and acceptance was apparently too much for the snowflakes in the Illinois State Redbirds team and Beathard was forced out of his job for not adhering to the totalitarian speech codes of the Black Lives Matter protest movement.

Black Lives Matter proved to be a controversial and divisive issue in the Redbirds football program.

Someone took down a Black Lives Matter display that hung in the team’s locker room.

Similarly, the former offensive coordinator denied having any involvement in taking down a Black Lives Matter poster in the Redbirds locker room.

“That locker room crap is wrong. I took the sign down somebody put on my door. That’s it,” Beathard added. “I didn’t take anything off that wasn’t put on my door. I wrote the message.”

Sports are supposed to be a unifying force in life.

Players and coaches from different backgrounds and different belief systems put all of that aside to come together in pursuit of a common goal.

But now that in 2020 the Left finally seized control of sports in American life, the playing field is just another political battlefield for left-wing activists to wage their war to remake American life.