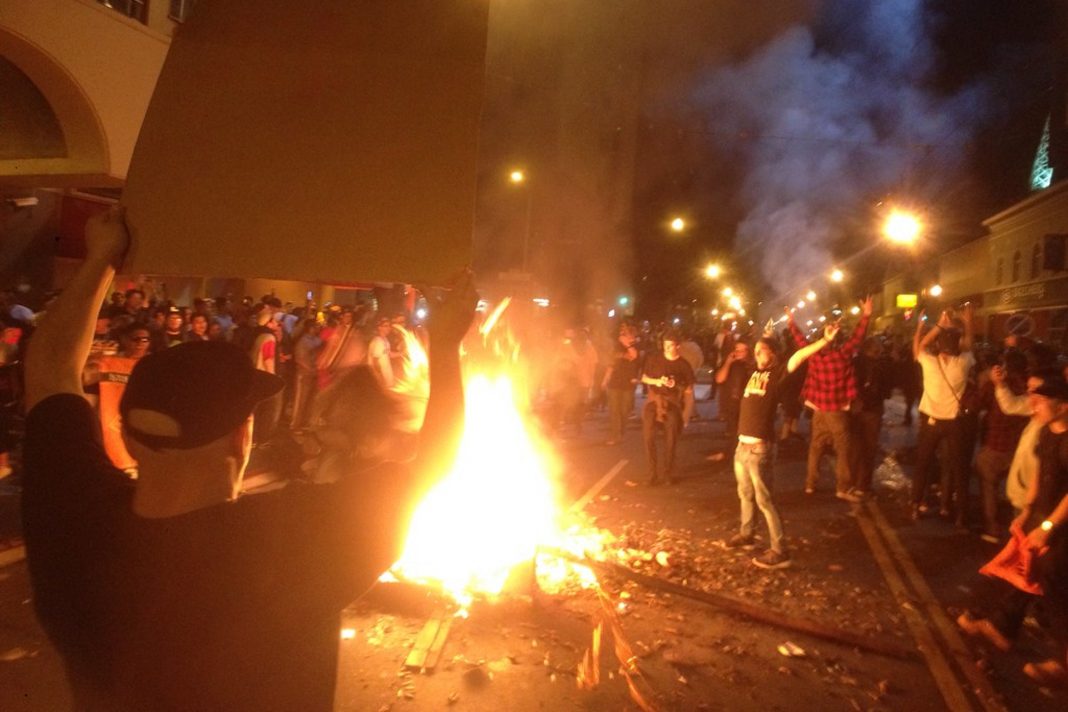 Woke “journalists” are coming out of the woodwork in support of the violent riots.

It’s escalated so far that 15 states and Washington, D.C. have had to mobilize the national guard.

And one idiotic former ESPN writer got exactly what he deserved after inciting the rioters.

Chris Martin Palmer is a former writer at ESPN and New York Times bestselling author for writing a memoir about Lamar Odom.

Over the weekend, Palmer tweeted support for the riots, saying “Burn that shit down. Burn it all down.”

What followed was instant karma.

Just hours later Palmer tweeted that rioters tried to breech a gated community and destroyed a Starbucks in his neighborhood.

But it this is far from the first time Palmer has tried to stoke the flames of racism.

He recently polled his 115,000+ Twitter followers to see if they believe white people are “inherently racist.”

Palmer also participated in a local protest in Los Angeles.

When he asked for the vandal’s thoughts on the protests-turned-riots, she stated:

“I’m getting a lot of enjoyment out of it because ‘peaceful protesting’ really ain’t getting us anywhere.”

That seems to be when Palmer left the protests. He filmed himself walking home saying, “What a day…Got too dangerous for me, so I had to leave.”

No one is safe from the mob.