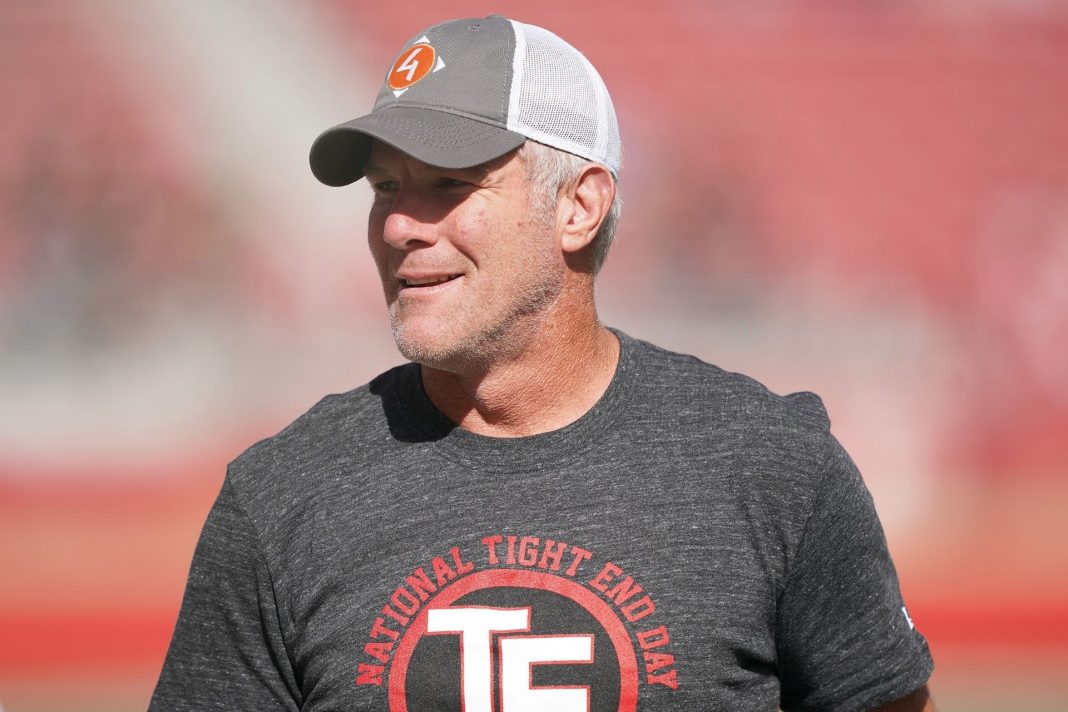 Brett Favre is a simple man, he always has been.

His entire life has revolved around his family, football, and hunting and fishing.

So what a former New York Jets General Manager recently revealed about the hilarious way he recruited Favre shouldn’t be a surprise, but it’s still awesome.

A few months after his 2007 season with the Packers ended, Brett Favre announced he was retiring, seemingly ending two years of speculation about his future.

Of course, as we all know now, it wasn’t going to be the last time Favre retired, as he decided prior to the 2008 season to come out of retirement starting a years long “will he, won’t he” dance throughout the NFL world.

But not a lot has been known about the thought process Favre was going through or the efforts teams went to in order to recruit him during that offseason.

For a while, sports media reports had Favre going to the Tampa Bay Buccaneers, but he ultimately chose the New York Jets, which even now seems a little strange for a small town southern boy like Favre, especially considering one of his favorite coaches from his time in Green Bay, Jon Gruden, was Tampa’s head coach at the time.

According to Tannenbaum, Favre was really struggling with the decision between the Jets and Buccaneers, and as they were coming down to what he thought were the closing days of the decision, Tannenbaum made the decision to go all in.

Knowing that Favre was a big time hunter and fisherman, Tannenbaum made the decision – as perplexing as it may seem for a New York team – to make Favre’s ability to hunt and fish in the area a central part of his pitch.

“We knew Brett was a hunter and a fisher,” Tannenbaum said. “So we got Google satellite imaging of farms and places to hunt and fish that were within 10 miles of the facility, and we sent it to him .”

But the Jets weren’t done there, not even in the slightest.

“I put together a schedule, I said, ‘Brett, on Monday you’re in the facility, it’s recovery it’s getting the game plan, Tuesday is mandatory hunting and fishing, and if you don’t hunt and fish on this farm, I’m gonna fine you,’” Tannenbaum recalled.

That all sounded great to Favre, of course, but Favre still had some questions, and the Jets finally sweetened the pot to the point where Favre couldn’t say no.

And that was apparently all it took.

Favre agreed to become a New York Jet right there on the spot, Tannenabum and his wife hopped on a plane with Favre and his wife back to Mississippi for them to pack, and the rest is history.

As we said before, Brett Favre is a simple man – you give him football, hunting, and fishing, and he’s good to go.

This is the most perfect Brett Favre story that is out in the public, and it’s not even close.

You just have to love guys like Brett Favre.

And unfortunately, there’s probably not going to be many more like him ever again.