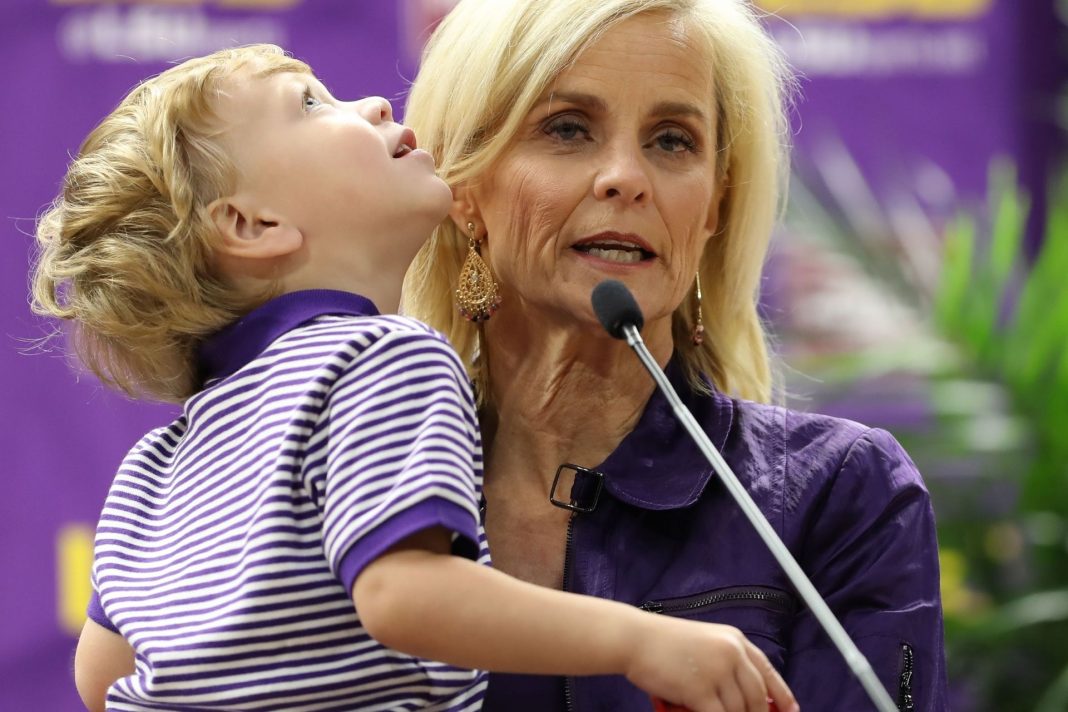 By now, fans and reporters expect basketball coaches to weigh in on the political events of the day.

But no one was expecting this.

And this Hall of Fame basketball coach stepped up to the mic and made one political statement that left jaws on the floor.

But it was during Mulkey’s introductory press conference that all hell broke loose when Mulkey stepped up to the microphone to address supporters and the press and threw her mask to the side and declared them stupid.

This isn’t the first time Mulkey fought back against the coronavirus hysteria pushed by the media.

During the 2020-2021 season, Mulkey criticized the testing industrial complex and declared that the NCAA should “dump” the COVID testing.

And after Baylor lost a game to national powerhouse UCONN, a game that was previously postponed because of the coronavirus, Mulkey declared that the NCAA should play the rest of the season without any testing.

“Wouldn’t it be a shame to keep COVID testing, and then you got kids [testing] positive or something, and they don’t get to play in the Final Four? So you need to just forget the COVID tests and let the four teams that are playing in each Final Four go battle it out,” Mulkey told reporters.

For all of 2020, sportswriters actively lobbied to cancel sports out of their irrational fear of the coronavirus.

The media is used to athletes mindlessly parroting the Left’s talking points on coronavirus, gun control, Black Lives Matter, and every issue under the sun.

For many Americans it was refreshing to see a high profile coach reject the Left’s political catechisms.