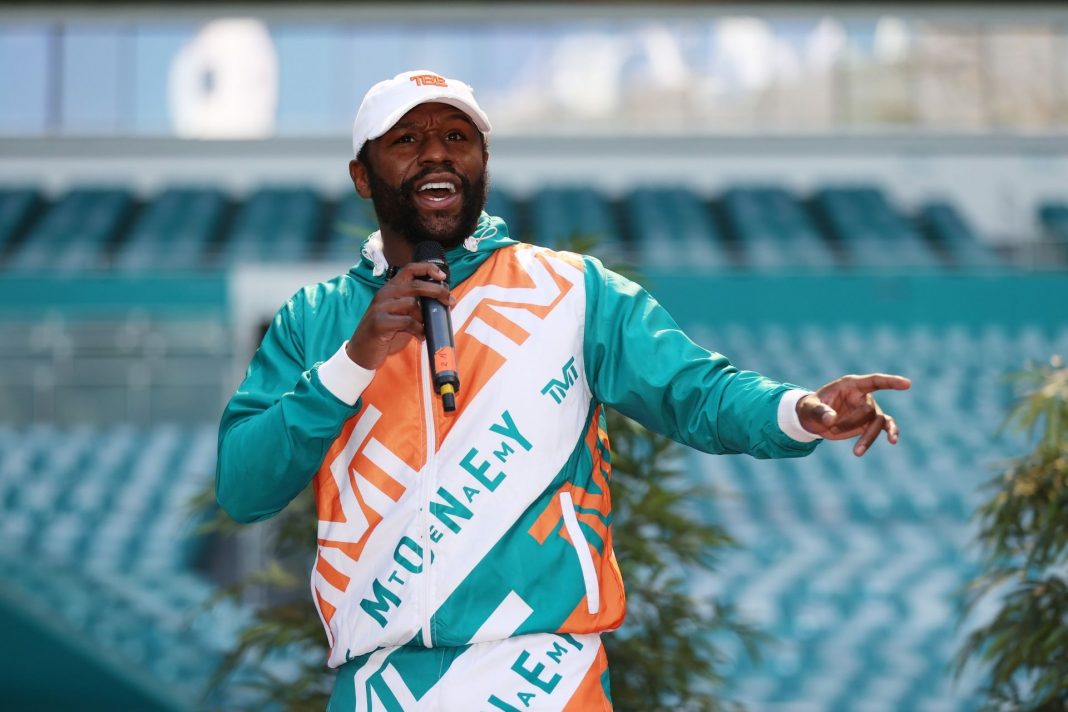 While most social media “influencers” who’ve jumped into boxing are an absolute joke, the Paul brothers – Logan and Jake – seem to be taking it more seriously.

Sure, they’re still a joke, but they’re also putting in a lot of hard work and taking on some serious opponents, like Logan is doing June 6 when he’ll face Floyd Mayweather.

And it seems that fight just got a whole lot bigger, as a lawsuit may have just escalated tensions ahead of Mayweather and Paul’s bout.

While his brother, Jake, has been getting much of the attention from the sports world after knocking out former Olympic wrestler and UFC fighter Ben Askren, it’s Logan Paul who has landed the biggest opponent of all the social media “influencers” who’ve jumped into boxing for a big payday.

On June 6, Logan is set to face arguably the greatest boxer of all-time, Floyd Mayweather, in an exhibition match in Miami.

The lead up to the fight has been rather tense, albeit entertaining.

Of course, the fight most recently made headlines when Logan and Mayweather met face-to-face for the first time to promote the fight.

After exchanging words, Jake Paul found himself face-to-face with Mayweather, locked in a heated verbal exchange, when out of nowhere Jake stole Mayweather’s hat and attempted to run away.

He didn’t get far, though, as he bumped into cameramen surrounding the two, allowing Mayweather and his entourage of very large security guards to grab Jake and spark a melee that got more than a little out of hand.

Because of that ordeal, Jake has been barred from attending his brother’s fight against Mayweather, and tensions between the Paul and Mayweather camps have been rather high.

But now, tensions have likely cranked up even higher, as Mayweather’s company has now filed a $120 million lawsuit against a company associated with Logan Paul.

According to TMZ Sports, Mayweather Promotions has sued PAC Entertainment Worldwide, saying the company approached Mayweather about fighting Logan Paul in Dubai, claiming to have many contacts there and claiming to have the “financial wherewithal and capability to host a fight of this magnitude.”

Most importantly, Mayweather Promotions claims they were shown financial projections that estimated the fight could generate guaranteed amounts for each participant, as well as earn the company more than $100 million.

Ultimately, Mayweather and PAC reached an agreement that required PAC to pay a minimum guaranteed amount of $110 million on a “prescribed payment schedule.”

However, the first payment of $30 million that was due on March 25 never came.

Mayweather Promotions claims that this missed payment triggered a clause in the agreement that allows them to terminate the deal, but still requires PAC to pay Mayweather the full $110 million.

So now, Mayweather Promotions is suing PAC Entertainment Worldwide for breach of contract, and demanding at least $122.6 million in damages.

If there’s one thing we know about Floyd Mayweather – outside of the fact that he’s a phenomenal boxer, of course – it’s that he doesn’t mess around when it comes to his money.

The man goes by the nickname “Money Mayweather” and named his support team The Money Team, after all.

This sum could have easily been $122.60 rather than $122.6 million, and Mayweather’s team would have come after it with the same vigor.

But the big question now is how this impacts the fight with Logan Paul.

It doesn’t seem that this has any bearing on whether the fight in Miami on June 6 will take place or not, but there’s no doubt that this will serve as added motivation for Mayweather.

Of course, he already had plenty of motivation to draw from – like not losing to a YouTuber when you’re arguably the greatest boxer of all-time and getting revenge for the “gotcha hat” situation – but this is just that little bit more that could ultimately cause Mayweather to absolutely unleash on Logan Paul.

No matter what, though, even if you believe the YouTube boxing phenomenon is absolutely ridiculous, this fight is going to be must-see entertainment.

These two legendary running backs are preparing for an epic brawl

Mike Tyson proved he still has it as he beat down a punk for messing with him. But where he did it could cost...