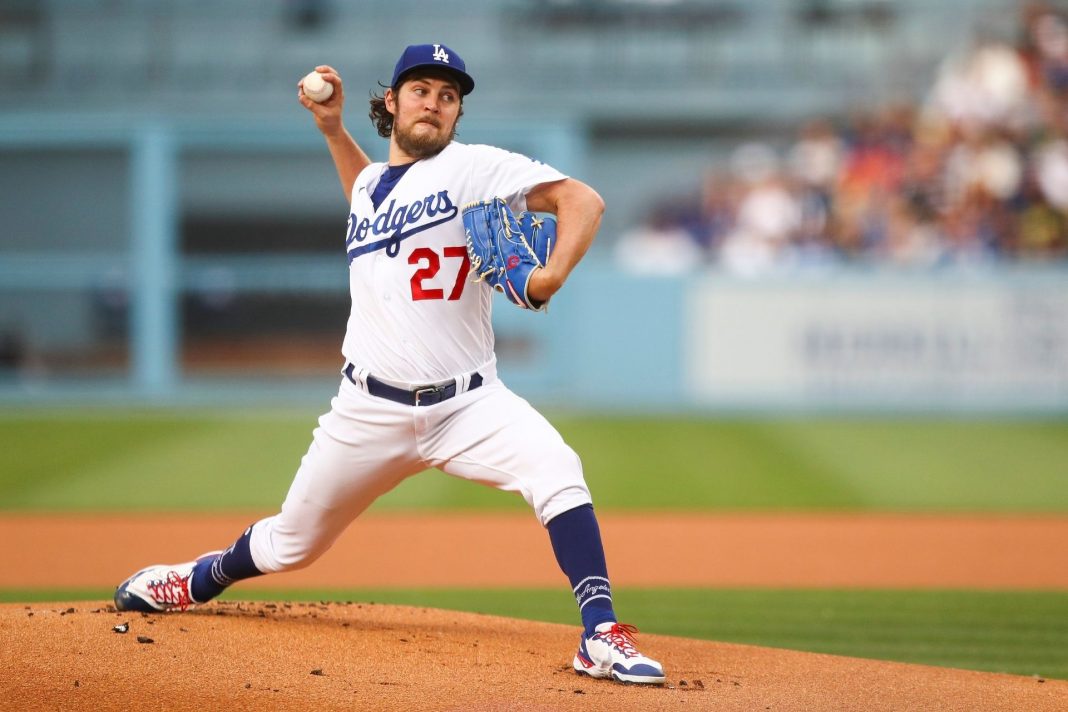 This is the season many baseball fans would like to forget.

And it took another ugly turn.

Now a Major League Baseball star is under investigation for this ugly sex crime.

TMZ reported that Los Angeles Dodgers ace Trevor Bauer is under investigation for an alleged assault that Bauer said was nothing more than rough sex.

LA Dodgers pitcher Trevor Bauer is under investigation for an alleged assault that took place earlier this year, per TMZ. The alleged assault involves a physical altercation that Bauer claims was nothing more than rough sex.

Marc Garelick, the victim’s attorney told TMZ the following: “(the accuser) sought and obtained an order for Protection from the Court against Mr. Trevor Bauer, under the Domestic Violence Prevention Act.”

“The order is a result of a recent assault that took place at the hands of Mr. Bauer where Ms. Hill suffered severe physical and emotional pain.”

Bauer was one of the most sought after free agents on the market this past off season.

The Dodgers won his services with a three year, $102 million contract.

Now his entire season could be in jeopardy.

Under baseball’s domestic violence, child abuse, and sexual assault policy the commissioner can suspend any player suspected of those offenses for up to seven days.

There is no minimum or maximum penalty the commission can hand down once the league completes an investigation into allegations of domestic violence or sexual assault.

And a player does not need to face charges to suffer a suspension.

The shortest suspension Manfred has handed down is 15 games with banishments running up to a full season.