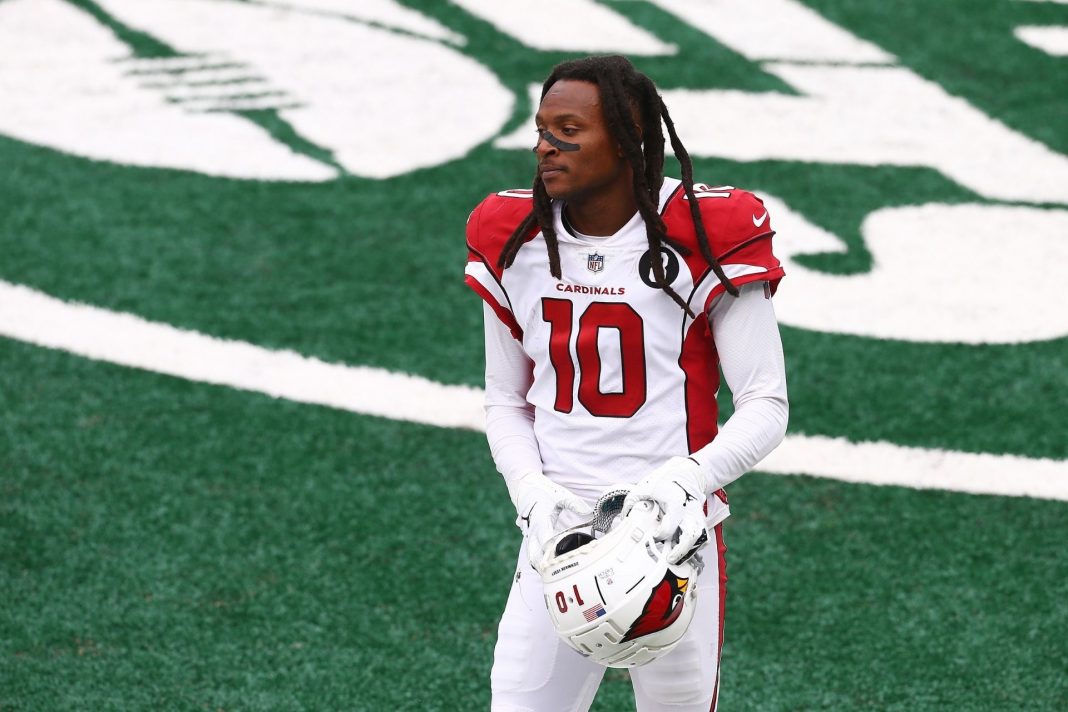 The NFL got hit with an earthquake just before the start of training camp.

It could turn the league upside down.

Now a major NFL star is considering retirement for this jaw-dropping reason.

The NFL completed the entire 2020 season in the middle of the pandemic without any team missing a game due to an outbreak.

NFL officials built extra time into the schedule in case cancellations did not allow for the normal 17-week season.

The NFL sent out a league wide memo announcing that there will be no canceled game due to COVID outbreaks in 2021.

Instead, if a team cannot field a roster due to COVID, that team forfeits the game.

The NFL is trying to increase the number of players who take the coronavirus vaccine, and this policy is part of that plan.

If a team forfeits a game, their players forfeit a game check.

NFL officials hope the threat of lost money will convince players to take the vaccine.

This did not sit well with Arizona Cardinals three-time All-Pro wide receiver DeAndre Hopkins who posted on social media that he is now contemplating retirement rather than be forced to take the vaccine.

“Never thought I would say this, but being put in a position to hurt my team because I don’t want to partake in the vaccine is making me question my future in the @NFL,” Hopkins posted before deleting the tweet.

Hopkins was not the only NFL player to claim he would not take the vaccine.

But he was the biggest star to say so.