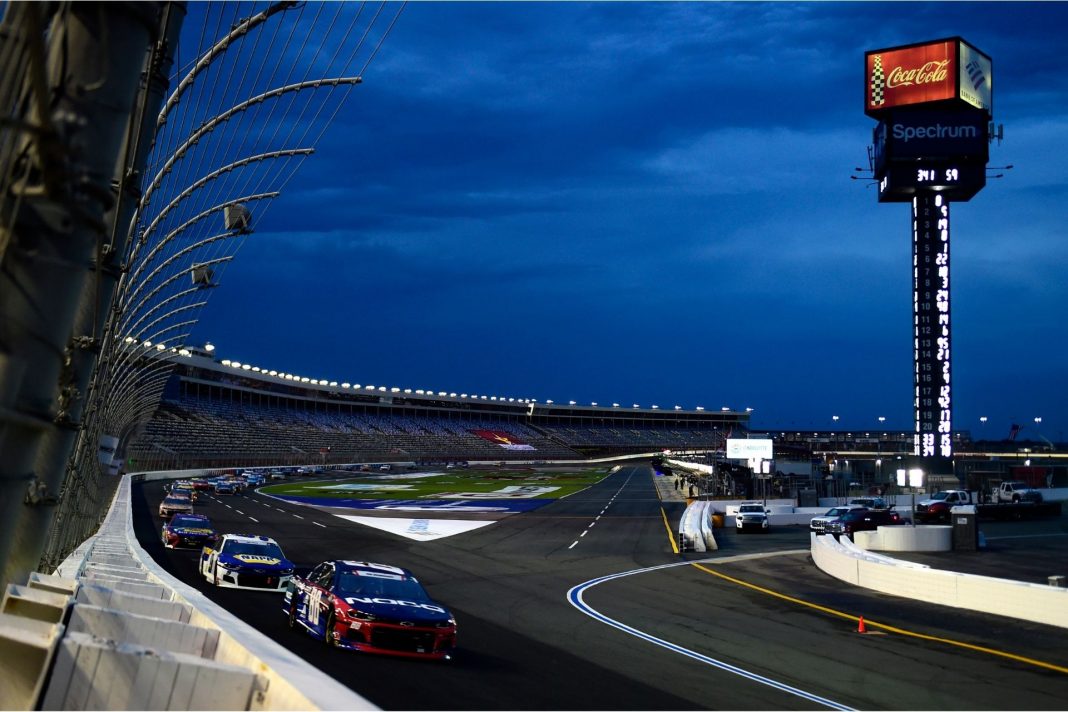 The COVID restrictions that have been drug out for over a year have undoubtedly ruined almost everything fun and enjoyable.

For many, that’s never more evident than when you tune in to your favorite sport and see a completely empty, dead silent stadium.

Fortunately, that seems to be changing, though, and fans will love this massive announcement NASCAR just made about the Coca-Cola 600.

The Coca-Cola 600 at Charlotte Motor Speedway is one of the biggest, most historic races on the NASCAR Cup Series schedule, long serving as one of the four Crown Jewel events that constitute the sport’s Grand Slam.

It’s also easily the sport’s most grueling and challenging race, with in-car temperatures pushing upwards of 130 degrees for much of the series-high 600 mile distance, while also testing drivers’ and teams’ ability more than any other race thanks to the fact that track conditions evolve more throughout the roughly four hour race than any other.

Despite the significance of the 600, North Carolina’s Democrat Governor forced the event to be held behind closed doors in 2020, with only the owners of the condominiums in turn 1 able to watch the race in-person from inside their homes.

#CocaCola600 coming up soon. Going to be a fun night ahead. #NASCAR pic.twitter.com/UqUhMstAmp

However, seeing a completely empty speedway will be a thing of the past when the Cup Series descends on the home of stock car racing on Memorial Day weekend.

On Friday, Charlotte Motor Speedway announced that it would open its grandstands to full capacity for the Coca-Cola 600, as well as all other motorsports events the complex is hosting in the month of May.

On top of that, the track also announced that no fans in attendance are going to be required to wear masks.

CONFIRMED: May events at America's Home for Racing return to FULL CAPACITY! 🙌

“We are thrilled with today’s news that will allow fans to return to America’s Home for Racing without limitation,” Charlotte Motor Speedway’s executive vice president and general manager Greg Walter said. “From the outset of the pandemic, whether operating a drive-through testing clinic or hosting the state’s first mass vaccination event, this has been the ultimate goal – to get back to filling the grandstands for the biggest, most entertaining events in motorsports.”

The speedway will also have areas around the complex to give fans who haven’t been vaccinated the opportunity to receive the Johnson & Johnson single-dose COVID vaccine, if they choose to do so.

With this announcement, we’ll now be treated to the world’s most attended sports event since COVID restrictions were first put in place by politicians and unelected bureaucrats, with upwards of 200,000 fans now having the opportunity to fill Charlotte Motor Speedway.

Indianapolis Motor Speedway had previously announced that they would allow up to 135,000 fans at the Indianapolis 500 on the same weekend, and an Aussie rules football game featured over 78,000 fans a few weeks ago, but there’s little to no doubt that NASCAR fans will dwarf those numbers for the Coca-Cola 600.

It’s fitting that NASCAR will be the sport that officially signals a return to normal post-COVID, as the sport was also the first major American sport to return to action last May, leading the sports world’s return to action from shutdowns that began in March.

And with NASCAR once again taking the lead, when the green flag drops at the Coca-Cola 600 on May 30, America can begin to wave the checkered flag on the COVID-era of sports.