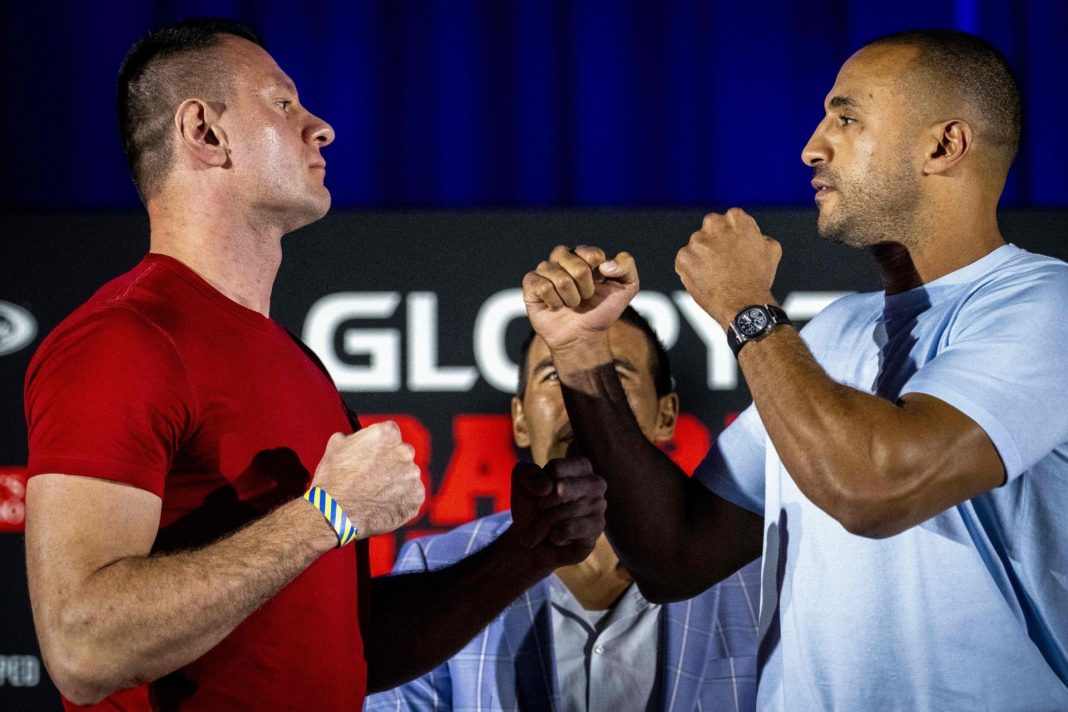 Some of the craziest things happen at fight weigh-ins and face offs.

But this is by far the craziest thing you will see before a fight even starts.

A mixed martial artist got knocked out cold before a fight by his opponent and woke up swinging in this wild video.

Everybody loves to see a good fight or boxing match.

But a lot of times it is the weigh-ins and face offs that are more entertaining than the actual fight.

Just look at this kid throwing haymakers on his dad’s opponent’s manparts during weigh-ins.

And few things are better than the Rough n Rowdy weighs-in that are infested with toothless Mountain Dew ridden fighters.

This dude ended up getting his butt whooped.

But this weigh-in is about as wild as it gets.

During a Zames Fight Club weigh-in, two fighters were about to go up.

Then, out of nowhere, one fighter did the best flying knee you will ever see to the face of his opponent and knocked him out cold.

When the poor guy woke up he threw a haymaker that just about knocked out one of the crew members.

You have to see it to believe it.

Not much else is known about this fight but many would like to know if the fight happened after that cheap shot.