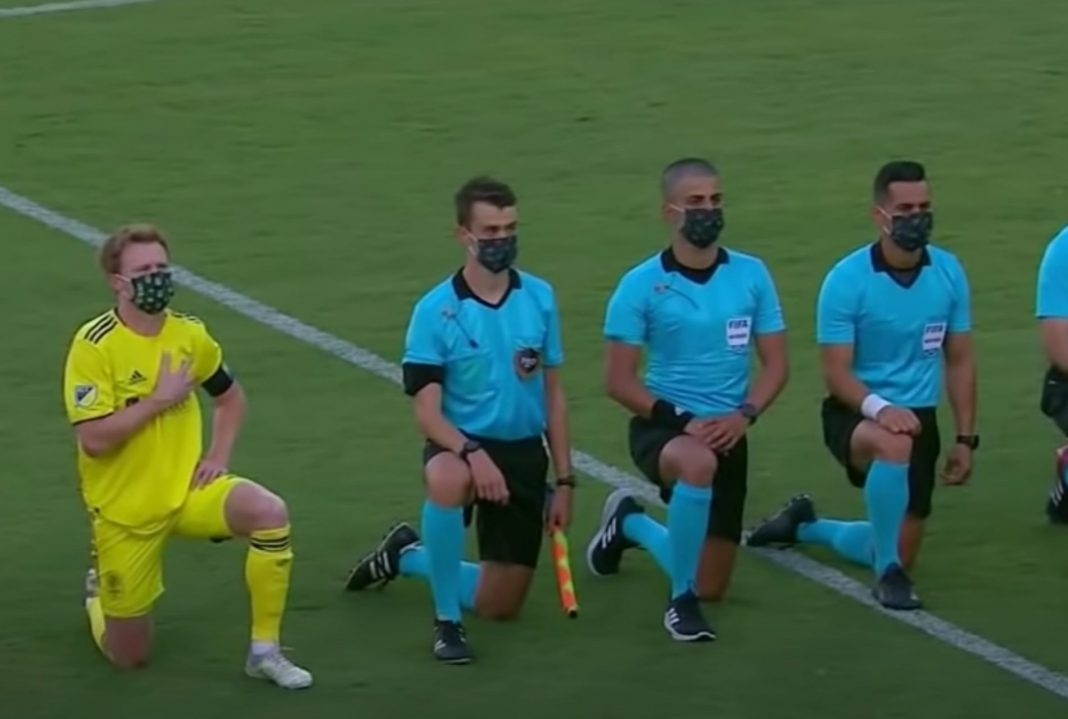 In 2020, it’s bigger news if a pro athlete stands for America’s national anthem than if they kneel.

But that doesn’t mean the public has to like it.

Soccer has been the supposed “sport of the future” in America going back as far as the mid-1970s.

And while international soccer remains popular in the United States and Hershey, Pennsylvania born Christian Pullsic is tearing it up in the English Premier League for powerhouse Chelsea, a domestic professional soccer league has never grown into the fifth major sports league in America.

That’s because the public just isn’t willing to pay for mediocre club soccer where the only big international names are past their prime legends coming to America for a retirement tour.

MLS’ return from the coronavirus lockdown is proving that soccer may remain the “sport of the future” instead of gaining in popularity.

All the players for FC Dallas and Nashville SC knelt for the national anthem before a game in Dallas.

Texas is one state that allows fans in the stands for sporting events and the few thousand that for some reason paid to watch a professional soccer game in America let the players have it and booed them for their anti-American protest.

After the game Dallas FC defender Reggie Cannon tore into the fans and attacked them for exercising their First Amendment rights.

“You can’t even have support from your own fans in your own stadium. It’s baffling to me,” Cannon told reporters in a post game press conference. “As a team we try to give the best possible product on the field and these last six months have been absolute hell for us. Absolute hell. . . .

“We had someone chanting U.S.A., but they don’t understand what kneeling means. They don’t understand why we’re kneeling. They can’t see the reason. They think we’re the ignorant ones. It’s incredibly frustrating. I’m sorry to have this tone, but you have to call it for what it is. . . . It hurts me because I love our fans, I love this club, and I want to see the support that the league has given us, that everyone has given us, from our fans,” Cannon added.

The MLS has existed on the fringes of the American sports mainstream since its inception in 1996.

Attacking the fans for peacefully expressing their views as being “haters” is a surefire way to guarantee that the MLS continues to exist in its small pocket of irrelevancy.