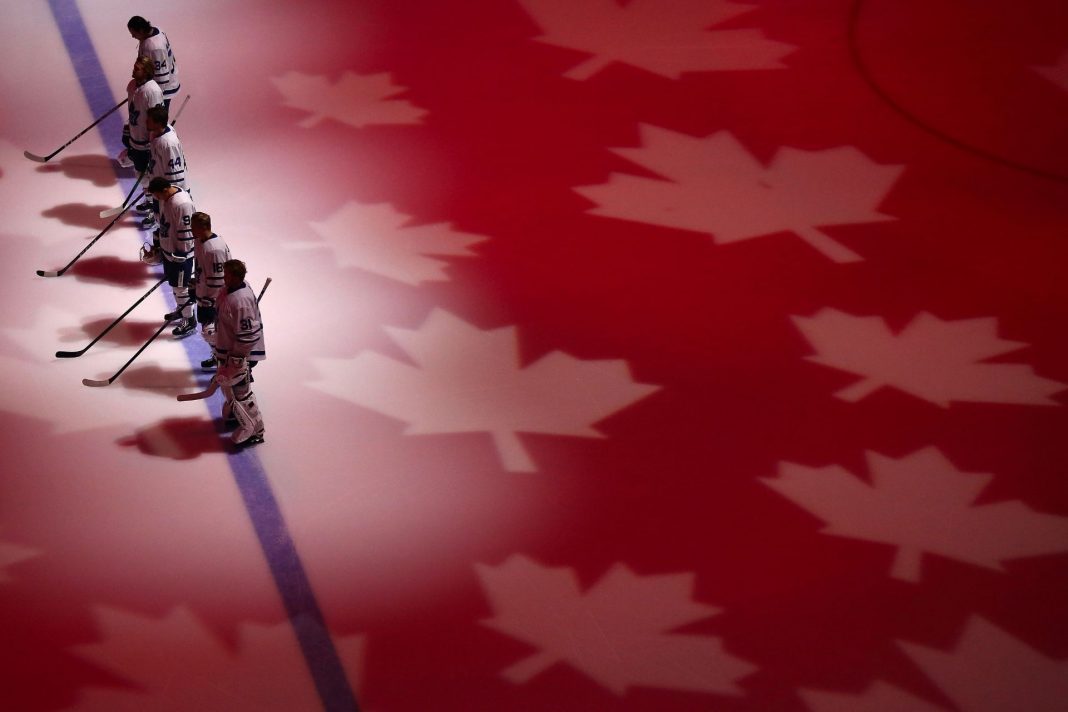 It’s the National Hockey League’s turn to be roiled by political protests.

Many fans’ blood is boiling.

And now a national anthem singer lost their job over this protest.

But he lost that job.

The Vancouver Canucks have parted company with the team’s anthem singer, Mark Donnelly, after he confirmed he will sing ‘O Canada’ this weekend at a downtown Vancouver rally to protest COVID-19 restrictions.

B.C. Christmas Freedom Rally 2020 is set to take place Saturday afternoon outside the Vancouver Art Gallery, the site of multiple anti-mask rallies held throughout the pandemic, often drawing an assortment of anti-mask and anti-vaccine advocates, conspiracy theorists and other far-right figures.

Donnelly previously performed O’ Canada at a rally for health care workers and the team had no issue with that appearance.

Liberals have an almost religious fervor for supporting mask mandates.

They will not tolerate anyone who supports the position that the population should be free to decide on their own if they wish to wear a piece of cloth over their face or not.

And now pro sports leagues are getting into the act as the organized Left is now using the NHL to enforce its ideological catechisms on the coronavirus.