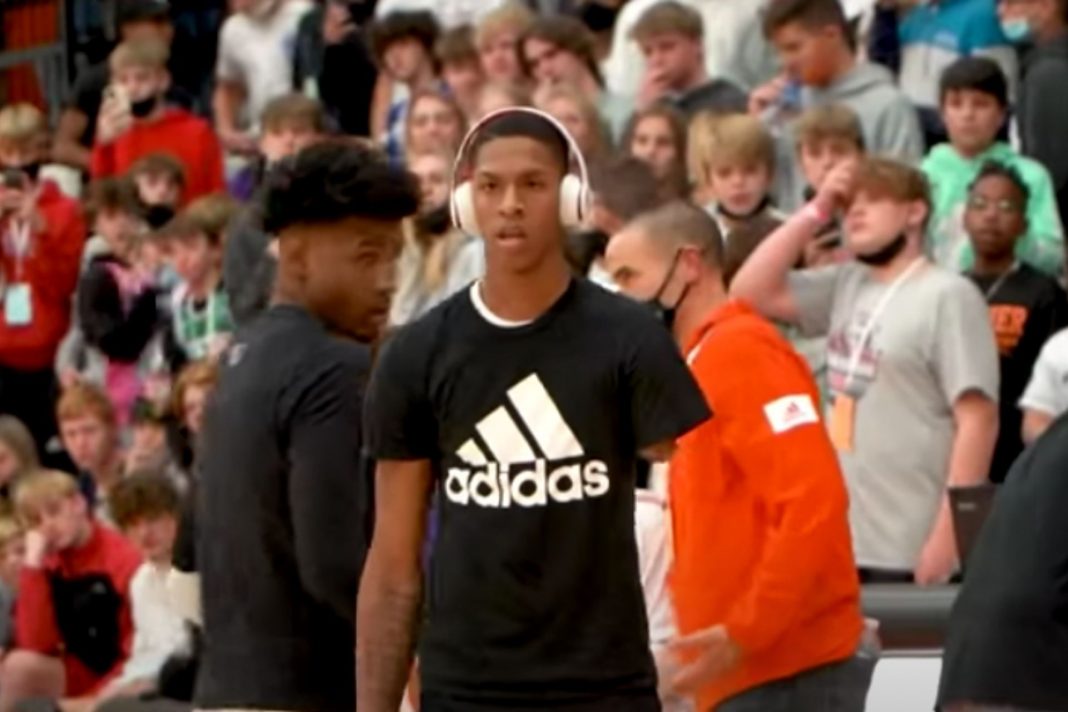 If you ever need a “pick me up” story just look at sports.

And some players, like this one, will motivate you through their perseverance like very few news stories ever could.

A one-armed high school basketball player is destroying his competition and you have to see it to believe it.

In a world as crappy as this one, we all need a good story once in a while to keep us moving.

And thankfully sports is filled with amazing uplifting stories.

But of all the uplifting stories you have heard lately this has to be near the top.

Hansel Emmanuel is an amazing high school basketball player who is an elite baller.

But the thing that makes him stand out the most from his fellow athletes is the fact that he only has one arm.

Emmanuel is from one of the poorest areas of Santo Domingo, Dominican Republic.

And when he was 6-years-old his life changed forever.

A cement wall collapsed on him and he had to have his arm amputated.

But that hasn’t stopped his growth as one hell of a basketball player.

This is his first year in the United States as he plays for Life Christian Academy in Kissimmee, Florida.

And boy has he taken off.

It got crazier every clip dawg lmaoo pic.twitter.com/OhdHXYg7Bp

His hard work dominating opponents on the court have led to him receiving a D-1 full ride to Tennessee State.

This young man isn’t letting any disadvantage hold him back as he makes his American dream come true.