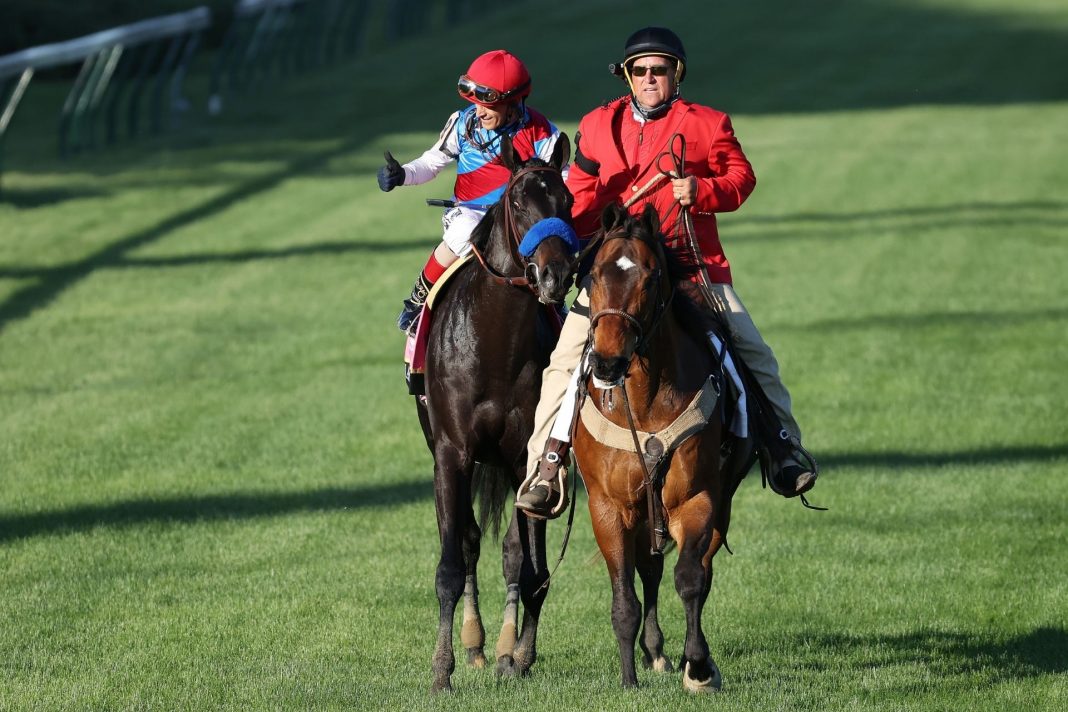 The world of sports was turned upside down over the weekend.

Now all hell is breaking loose.

And a positive drug test led Donald Trump to blast a champion with this one word.

Medina Spirit won the first leg of horse racing’s Triple Crown with a victory at the Kentucky Derby.

This was Hall of Fame trainer Bob Baffert’s 17th win in an American classic race.

But by the following week, Baffert’s reputation was in disgrace as Medina Spirit tested positive for 21 picograms of betamethasone, which could lead to Medina Spirit being the first horse since 1968 to have their win at the Kentucky Derby disqualified.

“To be clear, if the findings are upheld, Medina Spirit’s results in the Kentucky Derby will be invalidated and Mandaloun will be declared the winner,” a press release from Derby Officials read.

Donald Trump blasted the horse as a “junky” in a statement released after the news broke.

“So now even our Kentucky Derby winner, Medina Spirit, is a junky. This is emblematic of what is happening to our Country. The whole world is laughing at us as we go to hell on our Borders, our fake Presidential Election, and everywhere else!” Trump wrote.

Churchill Downs also suspended Baffert – who has trained two Triple Crown winners – from entering any horses at their track.

For his part, Baffert maintained his innocence.

“I got the biggest gut-punch in racing for something that I didn’t do,” Baffert claimed. “And it’s disturbing. It’s an injustice to the horse. […] I don’t know what’s going on in racing right now, but there’s something not right. I don’t feel embarrassed. I feel like I was wronged. We’re going to do our own investigation. We’re going to be transparent with the racing commission, like we’ve always been.”

“He’s a great horse. He doesn’t deserve this. He ran a gallant race,” Baffert continued.

This is not the first time Baffert’s horses ran afoul of the sport’s anti-doping laws.

Medina Spirit is set to run in this Saturday’s Preakness Stakes, but Baffert’s quest for a third Triple Crown is forever tainted.