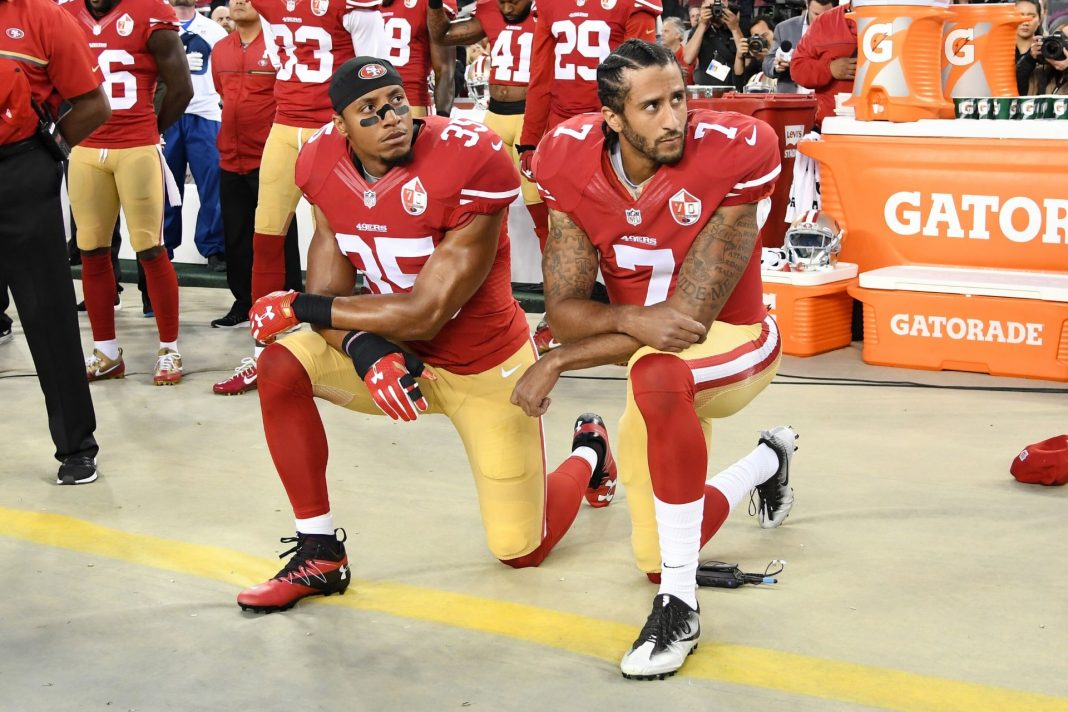 Colin Kaepernick is the leader of the anti-America movement in sports.

After his playing career went in the gutter, he signed a lucrative deal with Nike to become the poster child for “woke” sports icons.

But a statement from his past resurfaced and it had everyone pointing out what a hypocrite Kaepernick really is.

In a tweet, the former 49ers quarterback said, “We reject your celebration of white supremacy & look forward to liberation for all. ✊🏾”

But someone took the time to scroll back through Kaepernick’s tweets to check what he said on past Independence Days.

Surprisingly, in 2011, the infamous national anthem kneeler wished everyone a “blessed day.”

Will Kaepernick Disavow Himself?

What happened in a span of a few short years to make a man who made millions in the NFL and played in the Super Bowl become “oppressed?”

He went from seemingly celebrating America’s Independence to hating the country that has allowed him to live a life of luxury.

The Betsy Ross flag, featuring 13 stars in a circle for the original 13 colonies, was the first flag of the American experiment.

Nike caved into his demands, pulling the patriotic sneakers because they weren’t “woke” enough.

As Sports with Balls recently reported, NFL Commissioner Roger Goodell has encouraged teams to sign the washed up quarterback.

In the past, he had workouts with several teams including the Baltimore Ravens.

But after the Ravens’ workout in 2017, Kaepernick’s girlfriend torched his chances of signing by comparing the owner to a slave master.

Many have speculated he doesn’t want actually want to play in the NFL. After all, he’s making bank by bashing America and he doesn’t even have to take a hit.

Do you think an NFL team will sign Colin Kaepernick in 2020? Let us know in the comments section below!