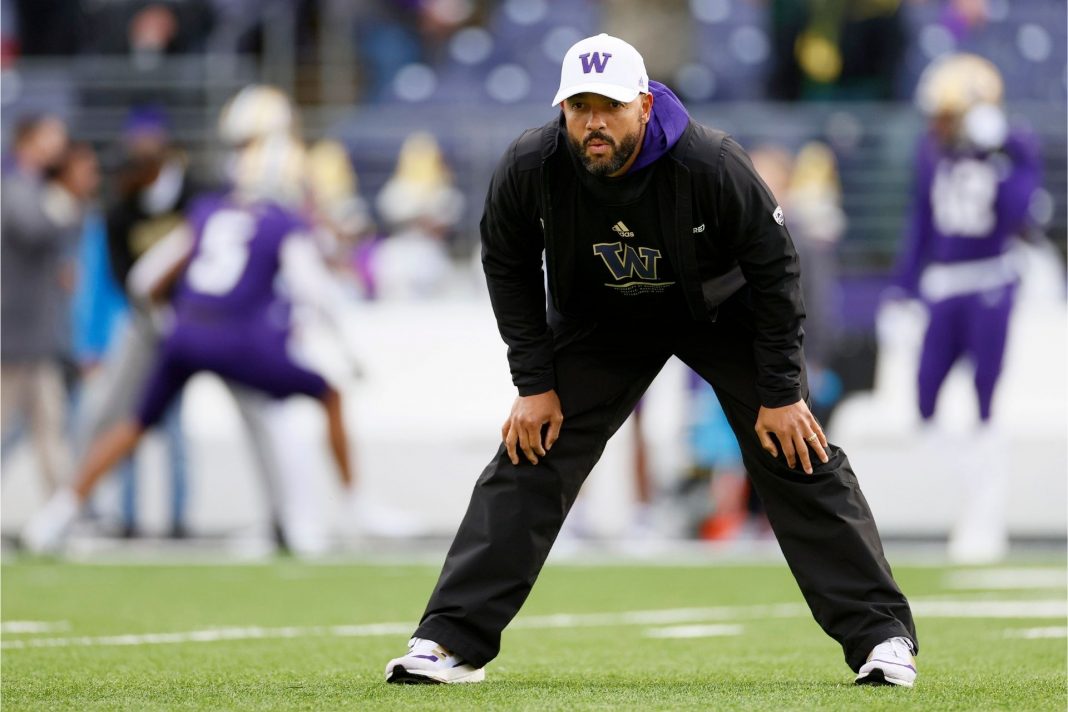 One coach just suffered through the worst week of his career.

Now it cost him big time.

And a top College Football coach just got suspended after this insane sideline meltdown.

Jimmy Lake pops Ruperake Fuavai in the helmet and shoves him for getting into it with Jaylon Redd on the sideline pic.twitter.com/7AdSuugGe3

After the game, Lake explained he didn’t hit Fuavai, but that he only meant to remove his player from a potential sideline brawl that could have led to a penalty.

“I went in to separate them and push them back,” Lake stated.

“After that, we settled down a little bit. That was our deal all week long was, ‘We got to have poise.’ We knew this was going to be a very heated matchup and there was going to be a lot of trash talking. And when we stepped in there, we were glad that a penalty wasn’t thrown on our guys to put us back even further on that kickoff return,” Lake added.

What really annoyed Huskies fans was Lake’s decision to punt late in the game with Washington trailing 24 to 16.

The long snapper sailed the ball 10 feet over the Huskies punter’s head for a safety that ended any chance of Washington upsetting fourth ranked Oregon.

The Oregon week proved to be a fiasco for Lake.

Oregon and Washington – because of their geographic proximity – are longtime rivals.

But in the week leading up to the game, Lake downplayed the rivalry with Oregon claiming Washington viewed itself as competing for players with football and academic powerhouses like Stanford, USC, and Notre Dame.

“That is way more pumped up than it is,” Lake said of a Washington-Oregon recruiting rivalry. “Our battles are really, the schools that we go against, have academic prowess, like the University of Washington, Notre Dame, Stanford, USC. We go toe to toe, all the way to the end, with those schools. So I think that’s made up and pumped up in [the media’s] world. In our world, we battle more academically prowess teams.”

After Lake’s comments and in-game physicality in the loss to Oregon, it turned out the only one unable to keep their wits about themselves was Lake.

Students stormed the basketball court after this shocking in-state upset