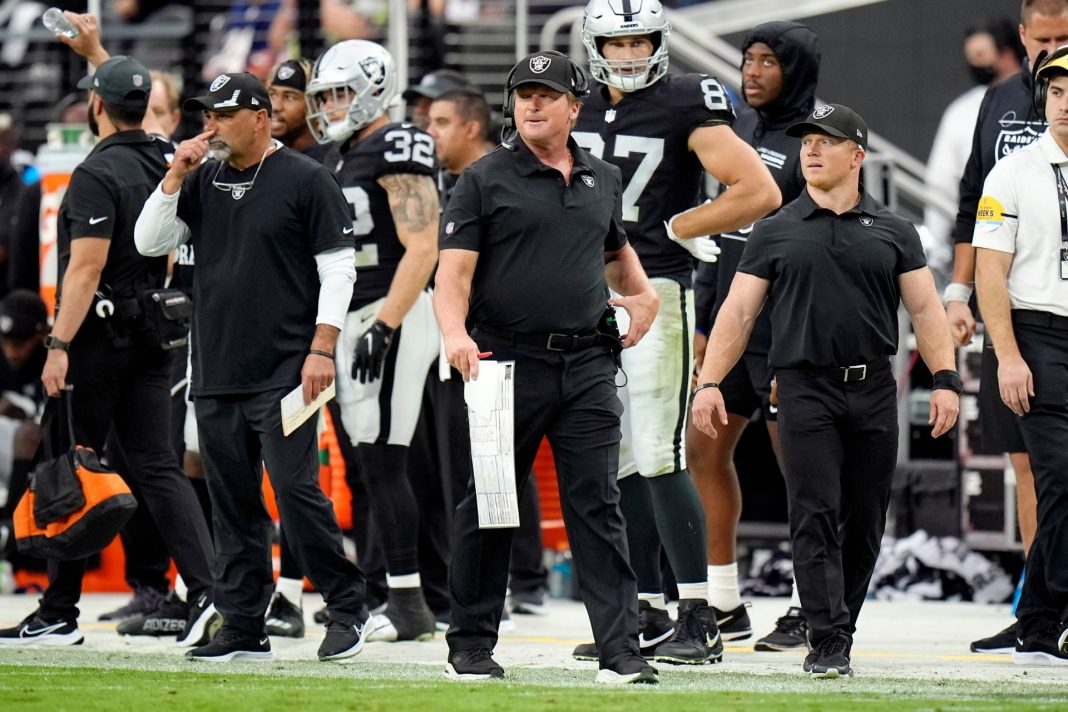 This time the victim is one of the biggest names in the NFL.

Someone in the NFL had it out for Las Vegas Raiders head coach Jon Gruden.

One of the league’s Social Justice Warriors leaked a trove of emails to The New York Times that Gruden sent between 2011 and 2018 when he was commentating on Monday Night Football.

It was mission accomplished for the SJWs as Gruden resigned within hours of The Times publishing their story.

“I love the Raiders and do not want to be a distraction,” Gruden said in a statement announcing his resignation. “Thank you to all the players, coaches, staff, and fans of Raider Nation. I’m sorry, I never meant to hurt anyone.”

The Times also reported that Gruden believed that players who protested the American flag and national anthem should be fired, and criticized commissioner Goodell for making the game soft with penalties for big hits and for hiring women referees.

“In numerous emails during a seven-year period ending in early 2018, Gruden criticized Goodell and the league for trying to reduce concussions and said that Eric Reid, a player who had demonstrated during the playing of the national anthem, should be fired. In several instances, Gruden used a homophobic slur to refer to Goodell and offensive language to describe some N.F.L. owners, coaches, and journalists who cover the league,” The Times also reported.

Someone in the NFL league office wanted Jon Gruden gone because he holds a number of conservative and anti-PC views.

They got their wish as it took just one day to run him out of Las Vegas.