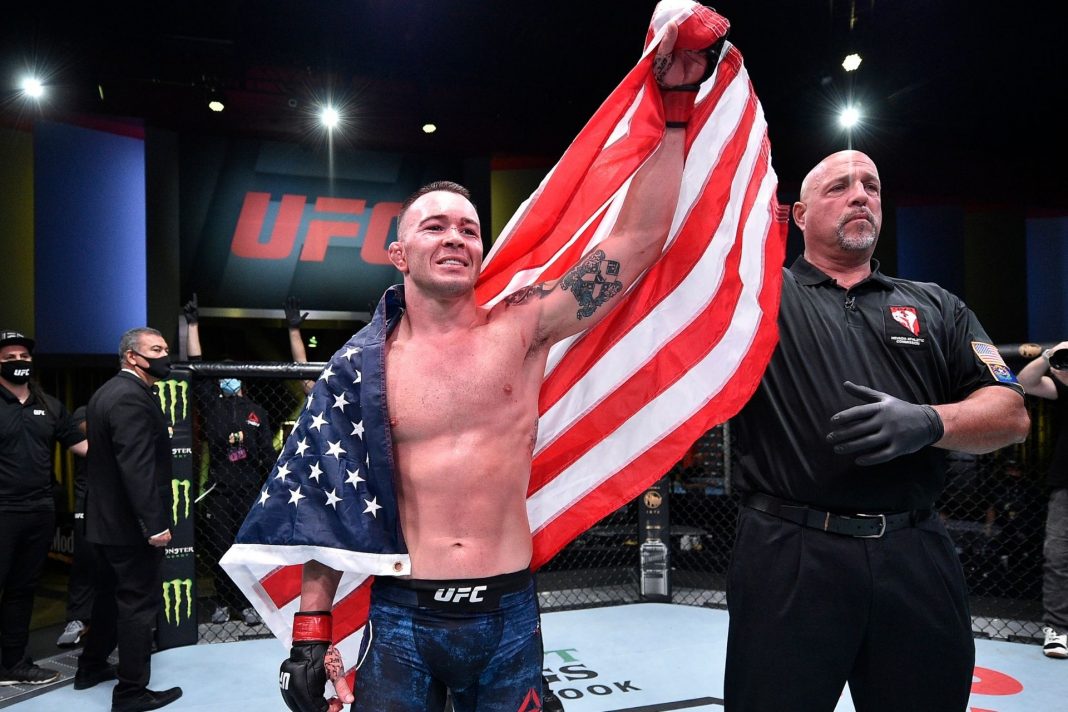 Sports in 2020 revolve around Donald Trump and the Presidential Election.

It’s driving many Americans to tune out sports altogether.

There are still a few athletes willing to buck the liberal groupthink regime that infected pro sports.

One of them is UFC fighter Colby Covington.

On Saturday night, Covington defeated welterweight champion Tyrone Woodley in decisive fashion with the referee stopping the fight in the fourth round after Woodley appeared to suffer a rib injury.

Prior to the fight, Woodley mocked Covington – who is known as a big Trump supporter – by wearing a fake MAGA hat that read “Make Racists Catch the Fade Again” at a pre-fight press conference.

But after his impressive victory, it was Covington doing all the talking.

Covington excused the interviewer and boasted that his dominating victory over Woodley was nothing compared to the landslide Donald Trump would defeat “Sleepy Joe” in on November 3.

“Ladies and gentlemen, the silent majority is ready to make some noise,” Covington declared. “If you thought that was a beating, wait till November 3 when Donald Trump gets his hands on Sleepy Joe. That’s gonna be a landslide.

“I want to dedicate this fight to all the first responders, all the military out there,” Covington added. “This world would not be safe without you guys. You keep us safe and not these woke athletes. I’m sick of these woke athletes and [these] spineless cowards like LeBron James.”

In this era of athlete activism, few have spoken out as Trump supporters or conservatives.

It’s not because there aren’t any in pro sports.

It’s because the groupthink pressure to go along is so intense.

But in his post fight interview, Colby Covington showed that if the sports media demanded athletes broadcast their political views, those who support President Trump would speak out as well.