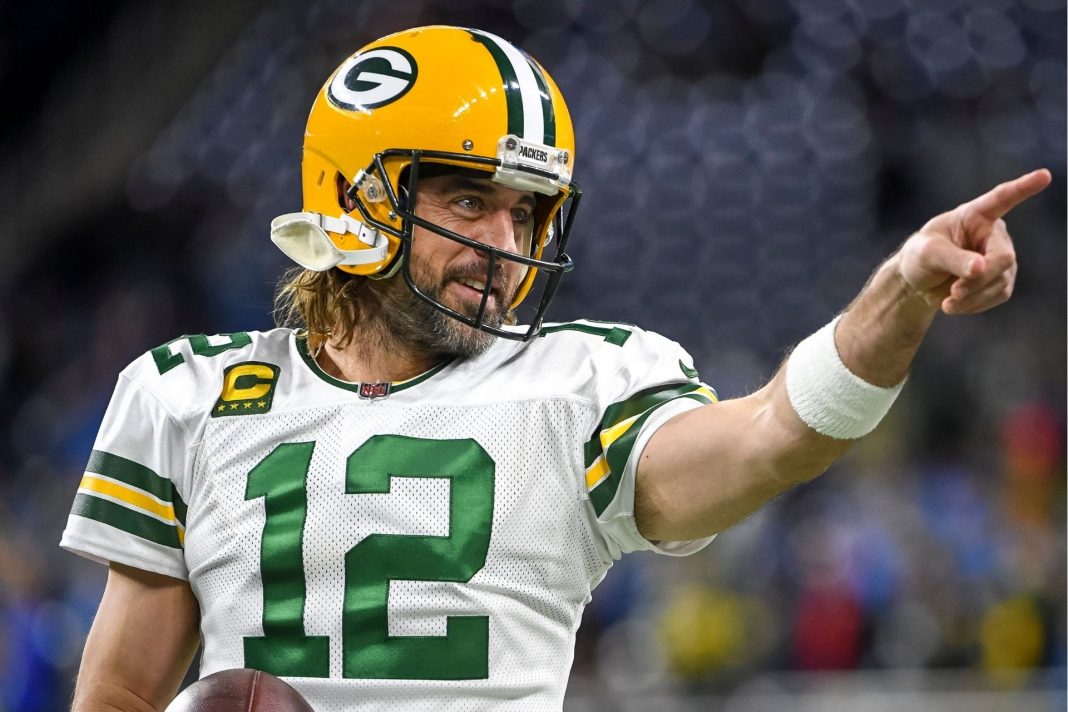 But it looks like Rodgers will have the last laugh.

And Aaron Rodgers just humiliated the Fake News Media with this brutal takedown.

WFAN radio host – and former NFL quarterback – Boomer Esiason caused a massive stir by reading a text message on the air from what Esiason claimed was a “trusted source.”

The message claimed if the Packers made the Super Bowl Rodgers would use the run up to the game to threaten to boycott unless NFL Commissioner Roger Goodell ended the NFL’s insane COVID vaccine and mask mandates and testing protocols.

Esiason’s source alleged Rodgers told backup quarterback Jordan Love to “be ready” to play the Super Bowl if Rodgers sat it out.

Rodgers emerged this season as a lightning rod in the corporate-controlled media who could not stand that Rodgers refused to take the coronavirus vaccine.

When Rodgers contracted the virus, the media claimed Rodgers lied this past summer when Rodgers said he was “immunized” against COVID.

By that Rodgers said he meant he took a homeopathic treatment to prevent infection.

After he contracted COVID, Rodgers revealed he contacted podcast host Joe Rogan who hooked Rodgers up with a doctor that treated Rodgers with Ivermectin, monoclonal antibodies, and other drugs.

This enraged the corporate-controlled media who all believe the vaccine is the only acceptable medical treatment for coronavirus.

Rodgers responded to the video clip of Esiason reading this text message by slamming the idea he would sit out the Super Bowl as “fake news” and mocking the corporate-controlled media for running with this obvious scam.