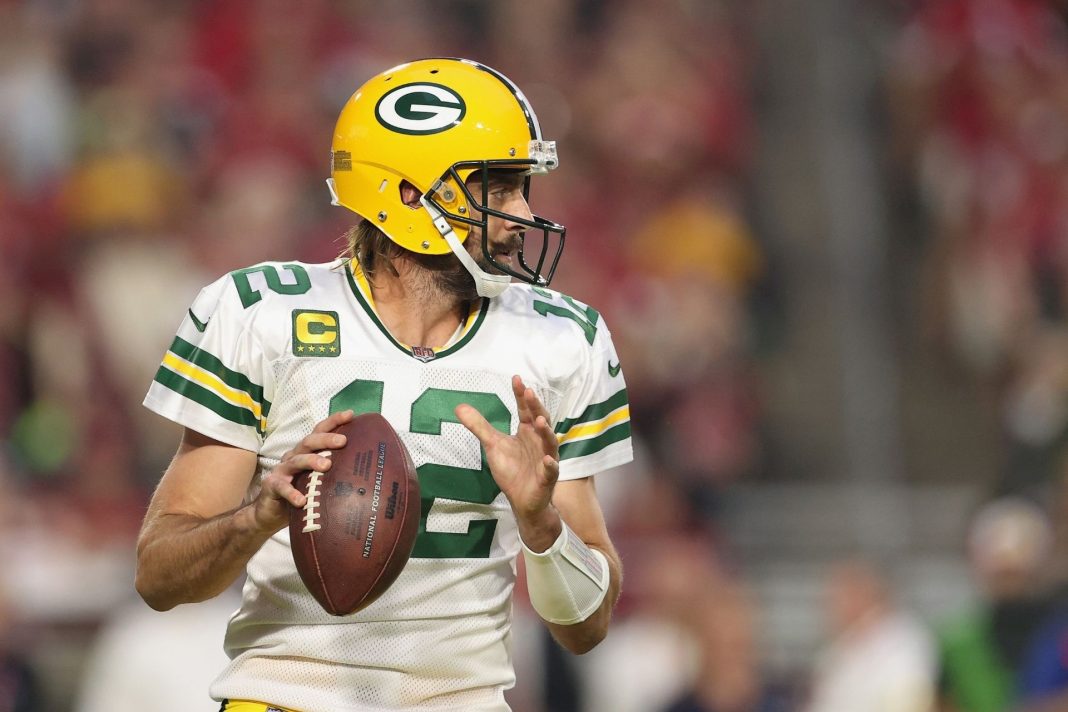 Green Bay Packers quarterback Aaron Rodgers is out this Sunday against the Kansas City Chiefs.

The corporate-controlled sports media is up in arms.

And Aaron Rodgers turned the NFL upside down by missing a game for this strange reason.

The 7-1 Packers travel to Kansas City this Sunday in a matchup that the Packers need to win to keep pace with the Arizona Cardinals in the race for home field advantage throughout the playoffs.

But second-year quarterback Jordan Love will start after Rodgers tested positive for COVID-19 and must be quarantined away from the team for ten days.

The corporate-controlled sports media erupted in anger, calling Rodgers a “liar” because in August Rodgers claimed he was immunized against the virus.

It came out that Rodgers exercised his freedom not to receive the vaccine and the media called him a liar even though Rodgers never technically claimed to be vaccinated.

In fact, Rodgers sought an exemption to the league’s COVID protocols for unvaccinated players by receiving homeopathic treatments designed to raise his antibody levels.

NFL.com reports, “Rodgers received homeopathic treatment from his personal doctor to raise his antibody levels and asked the NFLPA to review his status. The players’ union, the NFL-NFLPA jointly designated infectious disease consultant and the league agreed that Rodgers’ treatment did not provide any documented protection from the coronavirus.”

Corporate-controlled sports media reporters spending the day fuming on social media about Rodgers testing positive showed how out of whack so-called journalists’ priorities are in relation to their near religious devotion to forcing everyone to take the vaccine.

Not being vaccinated *may* be unwise, but lying or misleading others about your vaccination status is surely unethical. #AaronRodgers

Aaron Rodgers is not vaccinated. In August, he created the clear impression that he is. Throughout the preseason, he repeatedly violated protocol by not wearing a mask on the sidelines when not in uniform, presumably to bolster his ruse. https://t.co/QIFkgjq47Z

The other car burst into flames burning a 23-year-old woman to death.

But according to the sports media, the biggest scandal this week was Rodgers not telling reporters he was unvaccinated.