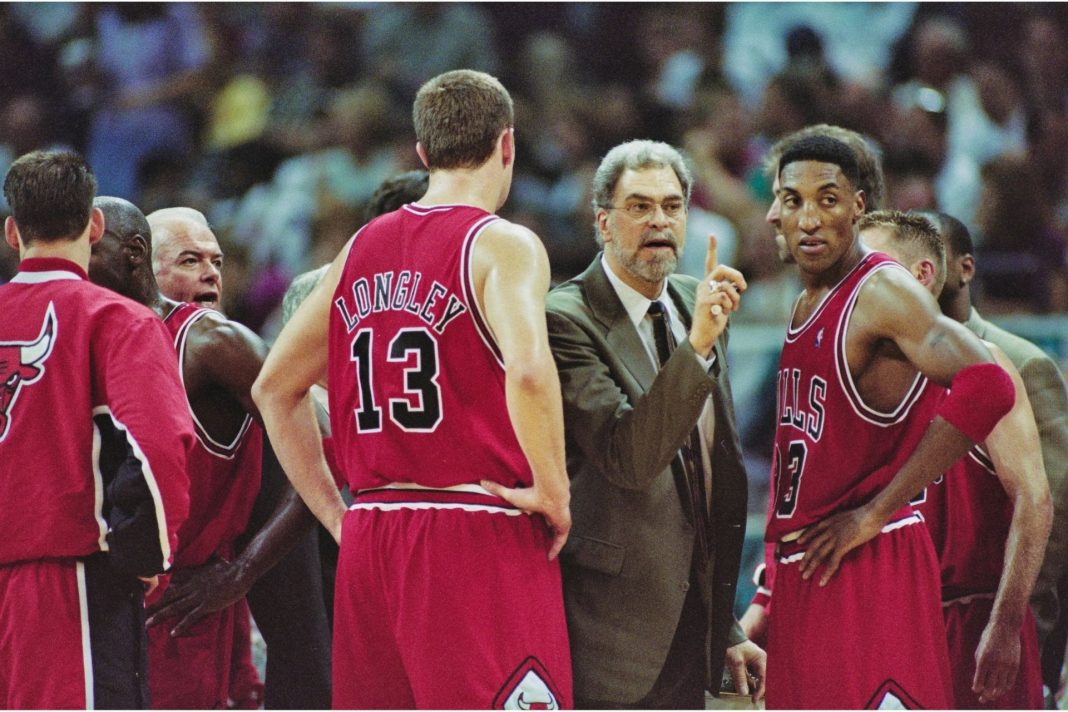 There is nothing today’s athletes love more than coming up with new things to call “racist.”

Unfortunately, though, they seem to have run out of aspects of the present to blame on “racism,” so now even retired players are bringing up issues from the past to call “racist.”

Like this NBA sidekick, who’s still whining about a 27-year-old play call that he now believes makes his beloved, legendary coach a “racist.”

When any sports fan is asked to name the first thing that comes to mind when they hear the name Scottie Pippen, they immediately say “Michael Jordan.”

It’s inevitable considering the only real accomplishment in Pippen’s NBA career was to establish himself as “Robin” to Jordan’s “Batman” – no one rode those coattails better.

But, of course, when you are Jordan’s sidekick, you’re expected to step up and lead the team when he mysteriously retires in the middle of his career to ride around on a bus playing minor league baseball for a year.

For Pippen, filling Jordan’s shoes was far easier said than done, though, and the one chance he had to really establish his own legacy outside of Jordan’s shadow is a story some still talk about to this day.

It’s also a story that Pippen himself is still talking and whining about some 27 years later.

In Game 3 of the Eastern Conference semi-finals in 1994, the Bulls found themselves in a tie game with the Knicks with less than two seconds to go in regulation.

At that time, Hall of Fame head coach Phil Jackson – a man who’s won more NBA championships than any other human on Earth – called a timeout and drew up a play designed to get the ball to one of the best European players in NBA history, Toni Kukoč, for the final shot.

This decision by Jackson enraged Pippen to no end, as he walked to the end of the bench and refused to enter the game with less than two seconds to play, quitting on his team when they needed him most.

Considering the Knicks would expect Pippen or Steve Kerr to possibly get the last shot, the play was actually a stroke of genius by Jackson, and ultimately led to Kukoč draining the shot and winning the game for the Bulls.

Even news reports at the time quoted Pippen as saying it was the right call by Jackson to give the team the best chance to win, as he was forced to deal with the fallout of him quitting on his team in the same manner a toddler who doesn’t get his way would.

But now, over 27 years later, Pippen has come up with a new take on the entire situation, and is now of the belief that Jackson’s decision to have Kukoč take the final shot was racially motivated.

Sports radio legend Dan Patrick pressed Pippen on that idea in an interview earlier this week, and pointed out that if he’s saying the decision “was a racial move, then you’re calling Phil Jackson a racist . . .”

“I don’t have a problem with that,” Pippen responded.

Once again, Patrick tried to give Pippen a chance to clarify such a ridiculous notion, asking “Do you think Phil was?”

DP: ".. By saying it was a racial move then you're calling Phil Jackson a racist…"

Pippen: "I don't have a problem with that."

Exchange with @ScottiePippen on Phil's decision to have Kukoc take final shot against the Knicks pic.twitter.com/pH2aDLMDcQ

Of course, Pippen’s original comment from 27 years ago and his latest take on the situation couldn’t be more different, hence Patrick trying to give him the chance to walk back the outrageous claim numerous times.

But why would Scottie Pippen walk back the claim now?

If anything, in a time when the fact that he quit on his team has once again become a part of the sports media conversation, he can simply cry “racism” and everyone is expected to take his side.

In this day and age of the NBA, and sports in general, no one is going to question Pippen claiming something is “racist” even if it is the first time he’s making such a claim in 27 years.

Despite all of the evidence pointing to the contrary, and the fact that he’s trying to destroy the reputation of someone who’s built as good of a reputation as a player’s coach as one can, the sports media isn’t going to hold Pippen accountable for this type of slander.

No, they’ll actually do the opposite and celebrate him.

It’s utterly ridiculous that anyone, much less someone like Scottie Pippen, can just make things like this up to cover for his own actions and shortcomings.

At the end of the day, Scottie Pippen is merely embarrassed that his career never amounted to anything other than being in Michael Jordan’s shadow.

And when Jordan wasn’t there to blame for Pippen not being the star, he came up with a new excuse.

Quite frankly, Scottie Pippen should just go away.

He’s embarrassing himself, and the best thing he can do is go back to being an afterthought in the minds of sports fans.