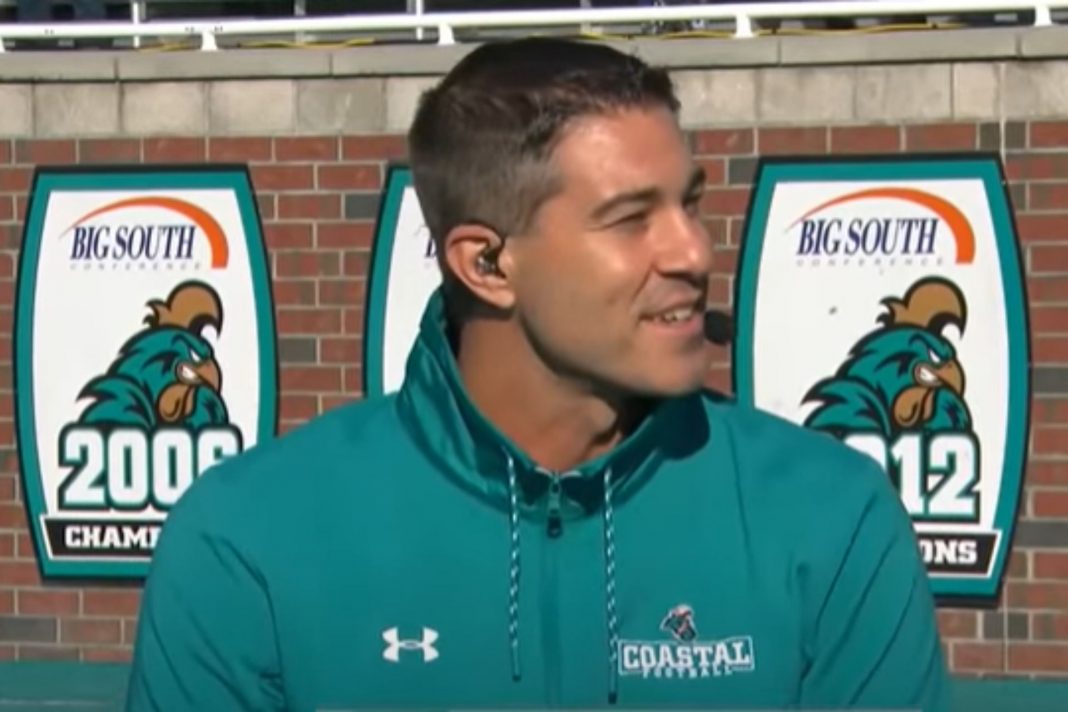 There aren’t many things as controversial in the sports world as the College Football Playoff selections.

Many worthy teams claim every year that they should be one of the four teams selected.

But after claiming they should be in the College Football Playoffs this team got absolutely demolished by an unranked opponent.

Not many people catch as much crap for their job as the College Football Playoff selection committee.

Once they choose who they think are the top four teams in the land to compete in the playoffs, every sports pundit shreds them for not selecting other teams.

And, in all honesty, their criticism isn’t baseless.

All while giving the cold shoulder to Texas A&M who had an eight and one record with a win against an impressive Florida team and their only loss was against Alabama.

But one team that has railed against the selection committee is Coastal Carolina.

Coastal Carolina had an impressive record with eleven wins and zero losses.

But they faced off against many teams that shouldn’t even be Division I programs like Troy, Southern Alabama, and Arkansas State.

Still, that didn’t stop Coastal’s President from taking a swipe at the selection committee for snubbing them out of the playoffs.

In a letter he wrote “I can’t help but think what might have been this season had all FBS programs been given the same equality of opportunity. Just think about that: Football is the only sport where the deck is stacked insurmountably against those who have the inevitable classification of ‘Group of 5’ before toe hits the leather each fall.”

So Coastal ended up in the Cure Bowl against the Liberty Flames.

And things didn’t go as planned for Chanticleers.

In a hard fought game they ended up losing to unranked Liberty in overtime from a blocked field goal.

So when it was all said and done, the selection committee clearly got it right for denying Coastal a chance to play for the National Championship after their embarrassing loss to Liberty.

College Football just made history with this Heisman Trophy award