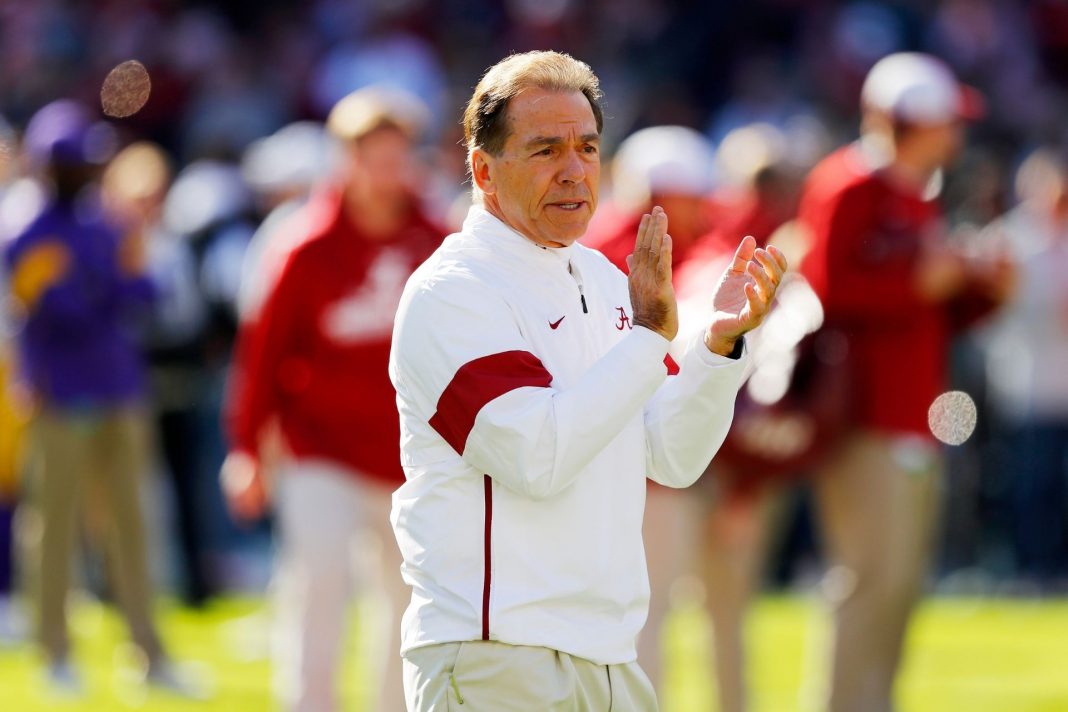 Under head coach Nick Saban, the University of Alabama Crimson Tide built the most dominant dynasty in the history of college football.

But the Alabama program was upended the week of its biggest test.

And Alabama’s Nick Saban gave up his job before the biggest game of the year for this awful reason.

Earlier this year, Coach Saban received a false positive test for the coronavirus.

And now, the week top ranked Alabama was set to take on arch rival and 22nd ranked Auburn Tigers, Coach Saban tested positive for the coronavirus and will miss the game.

On Wednesday morning, University of Alabama coach Nick Saban tested positive for COVID-19 and will not be on the sidelines for Saturday’s annual meeting with Auburn.

“This morning we received notification that Coach Saban tested positive for COVID-19. He has very mild symptoms, so this test will not be categorized as a potential false positive. He will follow all appropriate guidelines and isolate at home.”

In the state of Alabama, the year is divided between the one day when Alabama and Auburn meet during the Iron Bowl and the other 364 days of the year when the two fan bases fight about the game.

Last year, Auburn knocked Alabama out of contention for the College Football Playoff with a 48 to 45 victory.

A loss in this game could send Alabama tumbling out of playoff contention based on how the rest of the season plays out.

And that’s why Coach Saban’s absence will be a major factor in this game.

If Alabama loses, will the College Football Playoff Committee take Saban not coaching into account?

On the other hand, College Football has always operated under the principle that the later in the season a loss occurs, the more damaging it is.