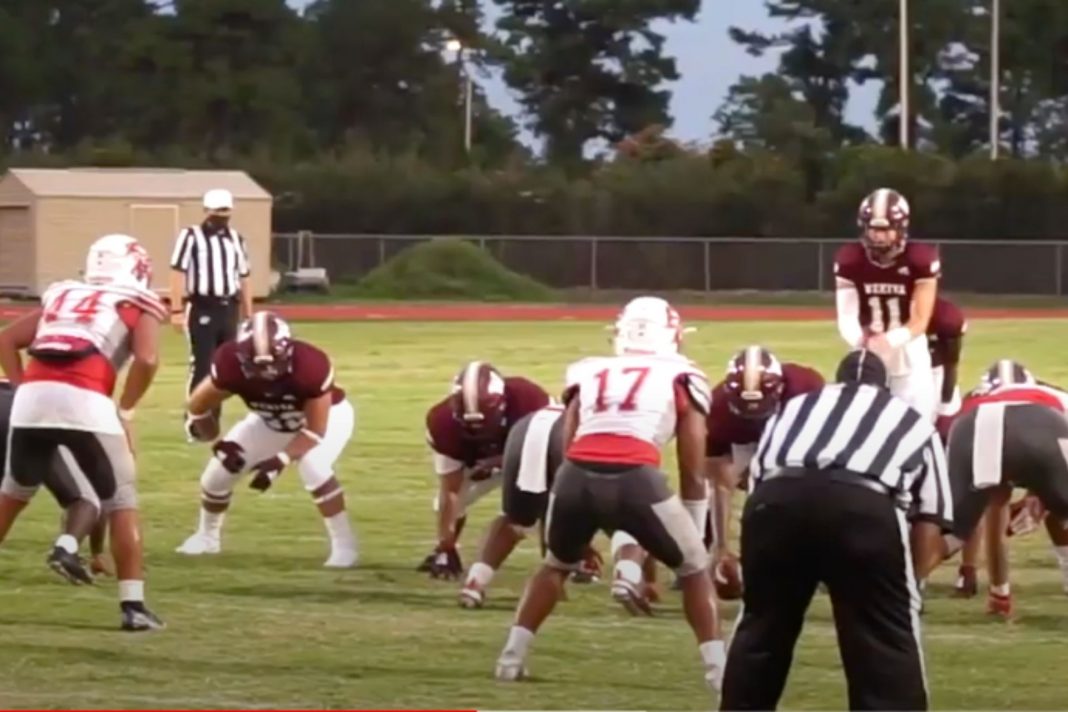 In the past, politics rarely entered into high school sports.

But that has all changed over the past couple years with the anti-American anthem protests.

And all hell broke loose after high school football players waved Blue Lives Matter flags as the other team kneeled during the national anthem.

On fields across the nation, you can find football in its purest form on Friday nights.

Communities rally behind their high school football team as they battle it out under the lights.

But like many other good things in our lives, state and local governments have decided to also take away the joy of high school football in many places across the nation this year.

And that’s not the only thing to change from the good old days of Friday night lights.

This year has been even more political than in years past.

Black Lives Matter has run rampant in our society creating divisions in our communities.

Now that division has made it into high school football.

The anti-American anthem protests have been growing over the past couple years and even in high school sports.

Usually though it is not as big of a deal as it is in professional sports.

But that has now all changed.

During a high school playoff football game in Florida, a fight broke out over kneeling during the national anthem.

According to the Orlando Sentinel, anger began to build as players from the Wekiva High School football team kneeled during the national anthem, which drove fans of Mitchell High School’s team to boo the players while Mitchell players waved blue lives matter flags.

As the game commenced, Wekiva’s football team got wrecked on the field and ended up losing the game 24-18.

That’s when all hell broke loose as players from both sides started to fight on the field.

Players from Wekiva claim that they were called racial epithets, which drove them to start slugging it out with Mitchell players.

Videos of the fight were going viral on social media but have been taken down since the fight.

But that hasn’t stopped the local sheriff’s office from opening up an investigation into the fight.