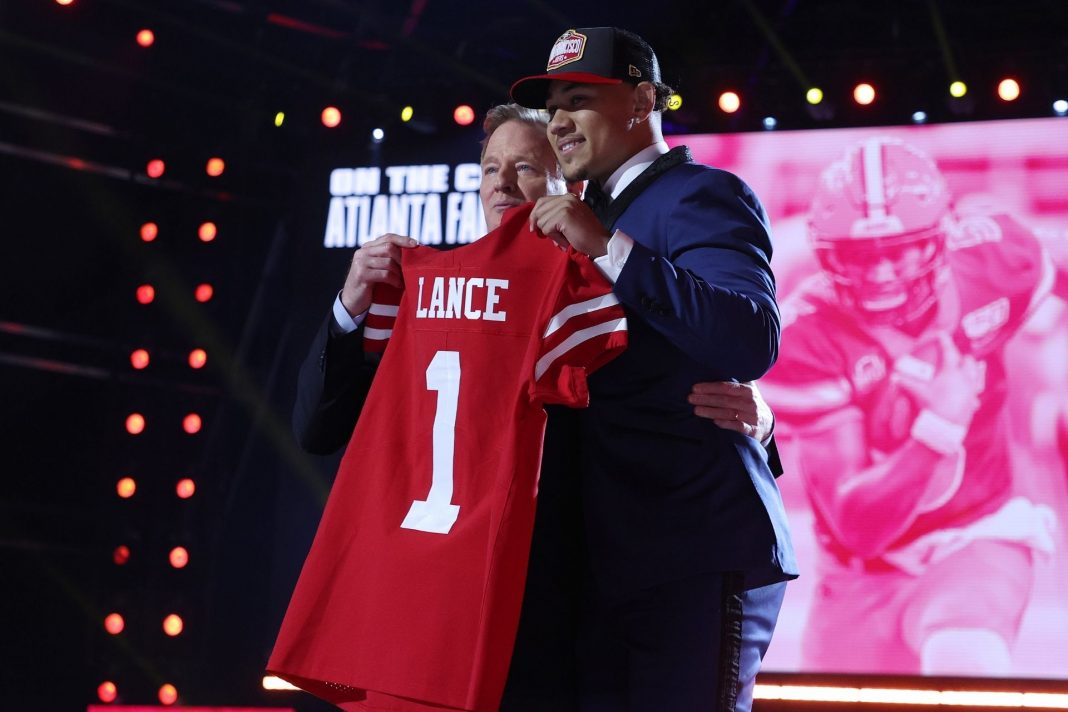 The NFL held its 2021 entry draft in front of a massive crowd in Cleveland.

Things did not go according to plan.

And the NFL Draft got hit with one giant surprise right off the bat.

But the draft broke down at the third pick as no one knew who the San Francisco 49ers would select.

The Niners traded up to number three to take a quarterback despite the fact that Jimmy Garappolo – who led San Francisco to the 2019 Super Bowl – was under contract.

San Francisco was said to like any of five quarterbacks and it was a legit mystery as to who they would select.

49ers coach Kyle Shanahan explained that he and General Manager Jon Lynch always favored Lance, but they kept their cards close to the vest.

“We have been very high on Trey since the beginning, since day one,” Shanahan told reporters. “Yes, the person everyone else is speculating about, we liked him, too, but it was just honestly to go through this whole process where no one has known – my friends, coaches, anybody – how John and I feel and how we felt this whole time.”

Shanahan explained that to draft a quarterback you have to fall in love with that player, and that there was no upside to letting the league know what you planned to do.

“I would never have said it couldn’t have ended up being him, but I know how we felt about Trey the whole time, and to watch that happen and kind of watch everyone just assumes because a couple people say something that’s exactly how you feel, we weren’t going to work to correct that. At all. We thought that could be an advantage for us. […] If the whole NFL is assuming you’re doing one thing and you’re not doing that, I’m not going to work hard to correct that. So, let that be.”

The 49ers intend to keep Garappolo on the roster as Lance is not yet ready to start in the NFL in 2021.

But the clock is ticking on his career in San Francisco.