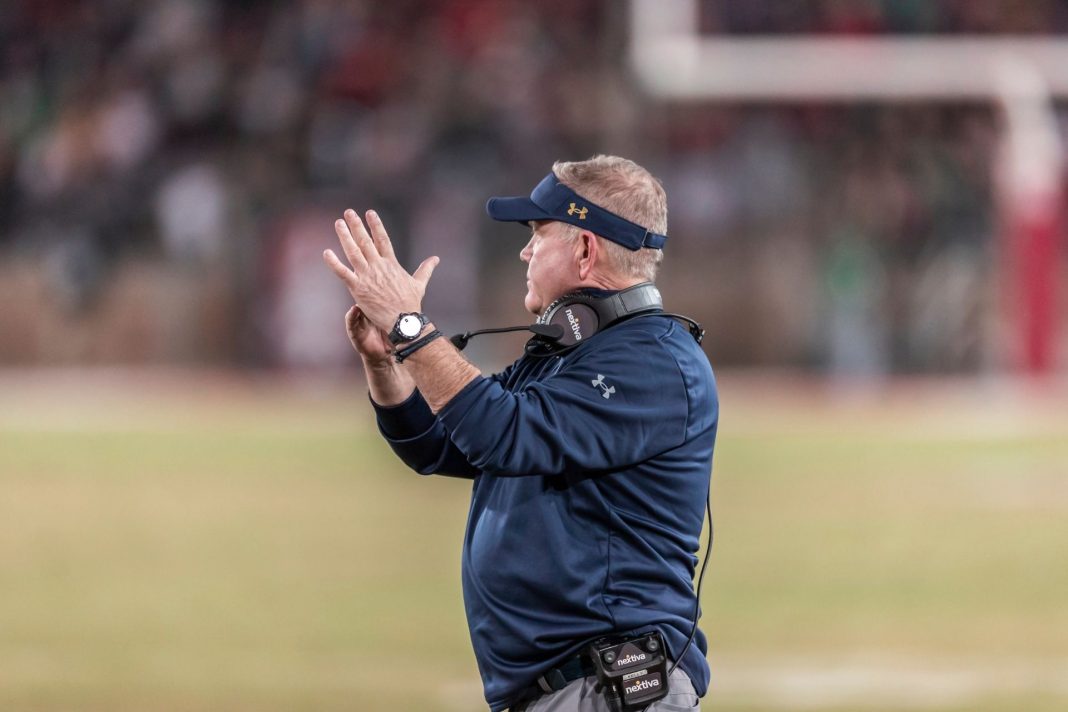 College football has never seen a coaching carousel quite like this.

The entire landscape of the sport changed in 48 hours.

College football fans experienced a one-two bombshell of Oklahoma coach Lincoln Riley leaving the Sooners after five years on the job to take the head coaching gig at the University of Southern California for a rumored $110 million contract.

Lincoln Riley USC contract details (not confirmed; best I could do):
– $110 million
– USC buying both his homes in Norman for $500,000 over asking ($1 million bonus)
– Buying a $6 million home in LA for him
– Unlimited use of the private jet 24/7 for family#Sooners #Trojans

The next day, Notre Dame coach Brian Kelly jumped ship to take over the Louisiana State football program for a ten-year contract that could reportedly pay Kelly $15 million per season if Kelly reaches certain incentives.

Sources: LSU is expecting to hire Notre Dame’s Brian Kelly as the school’s next head coach. An announcement could come as early as tomorrow.

Kelly left Notre Dame despite the fact that the fifth ranked Fighting Irish could still make the college football playoff depending on how the conference championship games shake out this coming weekend.

Kelly and Riley leaving their schools also speaks to the competitive balance changes thrust upon college football by the playoffs and conference realignment.

In 2024, Oklahoma leaves the Big 12 – where the Sooners dominated in the 21st century – and joins the SEC, where it will face traditional powerhouses like Alabama, Louisiana State, Georgia, Florida, and Texas A&M.

The depth of the SEC means the days of zero and one loss seasons for OU are over.

Riley jumped ship to USC – which has long been the premiere team on the West Coast – because it’s easier to win in the PAC 12 than the SEC.

In Kelly’s case, the Fighting Irish face a handicap every year for the playoff because they do not play in a conference and miss out on a league title game that gives teams one more chance to notch a high-profile win and boost their playoff chances.

Notre Dame’s season finishes every year Thanksgiving weekend and the teams that play in league title games have one more chance to impress the committee while Notre Dame sits idle.

But at the end of the day, money is what talks and never before have so many coaches at plum jobs taken a walk to other schools in such a short period of time.

One College Football star is poised to make $1,000,000 just for signing with this crappy team