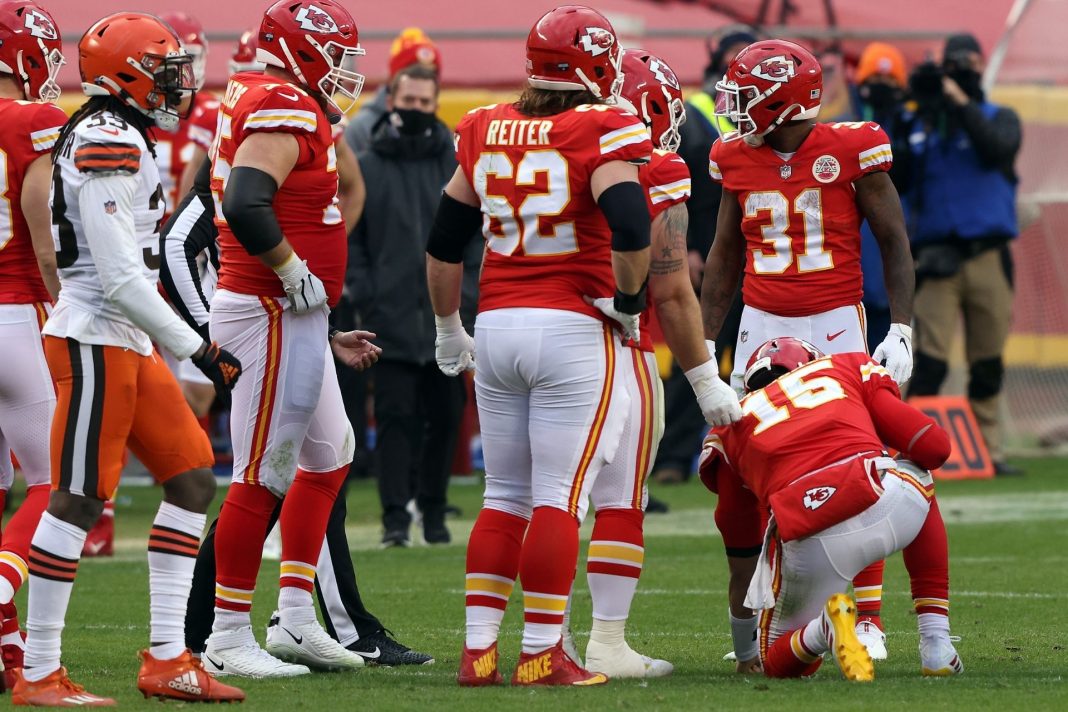 The NFL playoffs were thrown into chaos.

One big hit may have changed everything.

And all hell broke loose when this star quarterback suffered a serious injury.

Midway through the third quarter of the Kansas City Chiefs Division Playoff round matchup with the Cleveland Browns, Chiefs star quarterback Patrick Mahomes left the game after suffering a concussion.

Following the play, Mahomes got up woozy with a faraway look in his eyes as Chiefs medical personnel attended to him.

Mahomes is being evaluated for a concussion after this hit

Mahomes left the game and never returned as he entered the concussion protocol and backup quarterback Chad Henne played the rest of the game.

The Chiefs led 19 to 10 when Mahomes departed the game and held on to win 22 to 17 with Henne leading the Chiefs to a crucial first down that allowed them to run out the clock.

On that drive Henne completed a clutch throw on 3rd and 4 for a first down and then later on 3rd and 14 scrambled for 12 yards, which allowed the Chiefs to successfully convert on 4th and 2 instead of punting the ball back to Cleveland.

Mahomes’ status for the AFC Championship game against Buffalo is up in the air as there is no set timetable for recovery from a concussion.

The Chiefs previously defeated Buffalo 26 to 17 in the regular season, but if the Chiefs do not have the reigning MVP available for the rematch, the Chiefs path to a Super Bowl repeat narrows considerably.