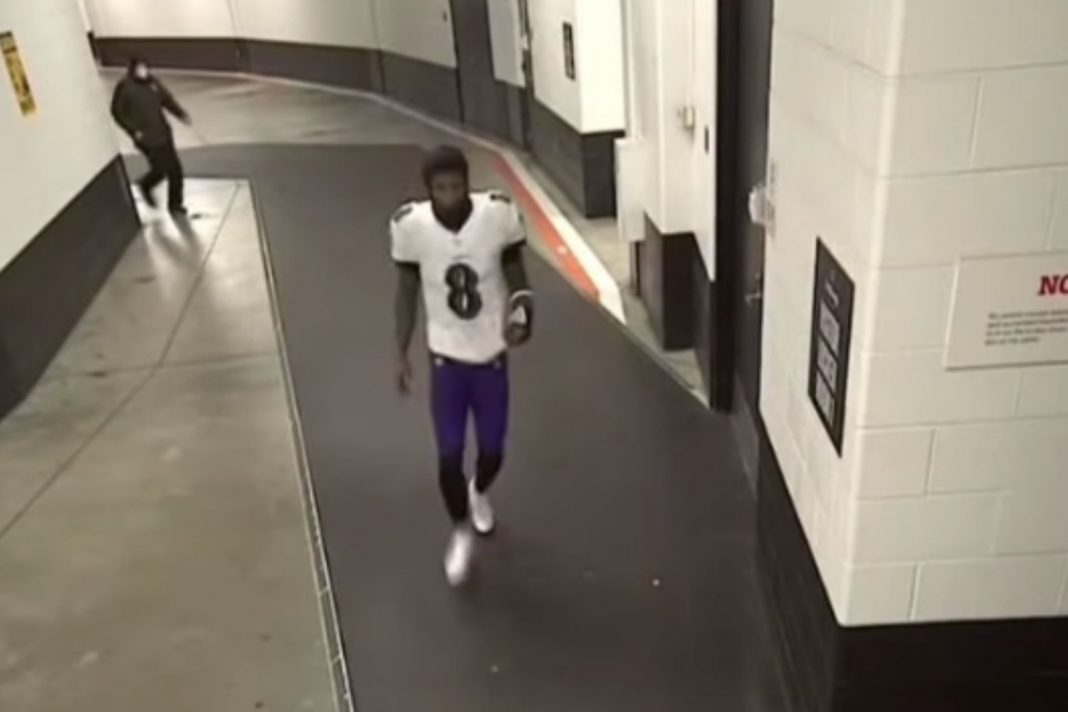 Oftentimes in sports, the cause of a team turning things around after a slump can’t be pinpointed.

Sure, it’s easy to point to a specific game as the moment a team was able to get back on track, but what actually made it all possible is easy to miss.

That wasn’t the case for Lamar Jackson and the Ravens on Monday night, though, as it’s abundantly clear why Jackson was able to elevate his team to a win, and it all has to do with a quick bathroom break.

In 2019, Lamar Jackson set the NFL on fire, leading the Baltimore Ravens to a spectacular 14-2 record while being named the league’s MVP in his first full season as a starter.

But despite getting off to another hot start this season, Jackson and the Ravens lost four of their next six games, and desperately needed a spark to avoid a disastrous end to 2020.

Despite the Browns being on what is quite possibly the best run they’ve had in decades, and the Ravens slumping, Monday night seemed like the perfect time for Jackson and the Ravens to get back to their winning ways.

Late in the fourth quarter, the Ravens found themselves down by a single point, when Jackson suddenly exited the field and made a beeline to the locker room.

Announcers said that Jackson was dealing with “cramps,” but fortunately for everyone it became rather clear the exact type of cramps that plagued the Ravens quarterback once the stadium’s cameras captured him entering the locker room and video found its way to social media.

No question about it, we’ve all seen that type of waddling run before, and know exactly what Jackson was going through in that moment.

Calling it “cramps” is certainly one way to put it, but everyone knows it was something far more serious – he had to get to a bathroom ASAP.

With two minutes left to play in the game, Jackson emerged from the locker room, proceeded to throw a 44-yard touchdown on fourth down, and helped seal the win for the Ravens.

While we all know that Lamar Jackson’s bathroom break was the clear MVP of Monday night’s game, Jackson wants to make clear to everyone that he didn’t “pull a Paul Pierce” by faking cramps so that he could use the bathroom without anyone knowing.

“I didn’t pull a Paul Pierce”pic.twitter.com/m4F7OFVzvh

Whether or not Jackson wants to admit that he had a bathroom emergency in the middle of Monday night’s game is irrelevant.

That bathroom break may have well saved the Ravens season, and put them on a trajectory to achieve things no one thought possible pre-bathroom break.

In a way, it’s probably better that Jackson won’t admit what we all know, that way the legend of his bathroom break will live in football lore for generations to come.

Years from now, fans may be able to tell their great grandchildren about the infamous “Lamar Jackson bathroom break game” of 2020.

What a time to be alive.