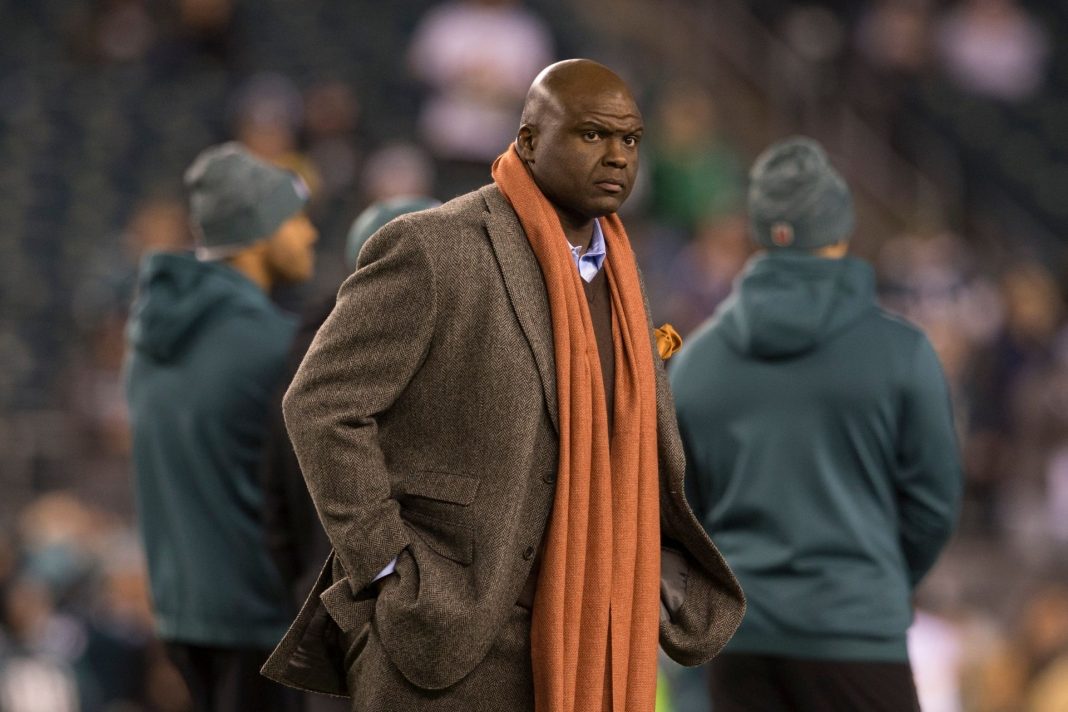 The NFL expects soft coverage from their broadcast partners.

After all, networks are paying the league billions of dollars and it does them no good to devalue the property with critical analysis and reporting.

But an ESPN host took the NFL by surprise with this jaw-dropping criticism.

Haksins was a 2019 first round pick, but struggled on the field.

The last straw for Washington was a picture of Haskins celebrating after a game at a strip club not wearing a mask.

McFarland – who played eight years in the NFL and won two Super Bowl titles with the Tampa Bay Buccaneers in 2002 and the Indianapolis Colts in 2006 – used the Haskins situation as a jumping off point to single out young black NFL players for not taking the game seriously enough and focused on off the field issues such as building their “brand” and social media followings.

“Unfortunately, I’ve seen this too many times,” McFarland declared. “Oftentimes, young players, especially young African-American players – because they make up 70 percent of this league – they come into this league, and they ask themselves the wrong thing.”

“Dwayne Haskins, unfortunately, is not the first case that I’ve seen like this,” McFarland continued. “And it won’t be the last. And it bothers me because a lot of it is the young African-American player. They come in, and they don’t take this as a business. It is still a game to them. It’s a billion-dollar business.

“I saw a quarterback do it. I saw JaMarcus Russell do it. The No. 1 pick in the draft, they gave him $40 million, and he threw it down the damn drain because he didn’t take it seriously,” McFarland explained.

Russell lasted just three seasons with the Raiders and blew his money and watched his mansion go into foreclosure after he was released.

McFarland will be criticized in some circles for making a racial angle out of his comments, but his words of warning about young athletes not treating sports like a business and saving their money are all too real.