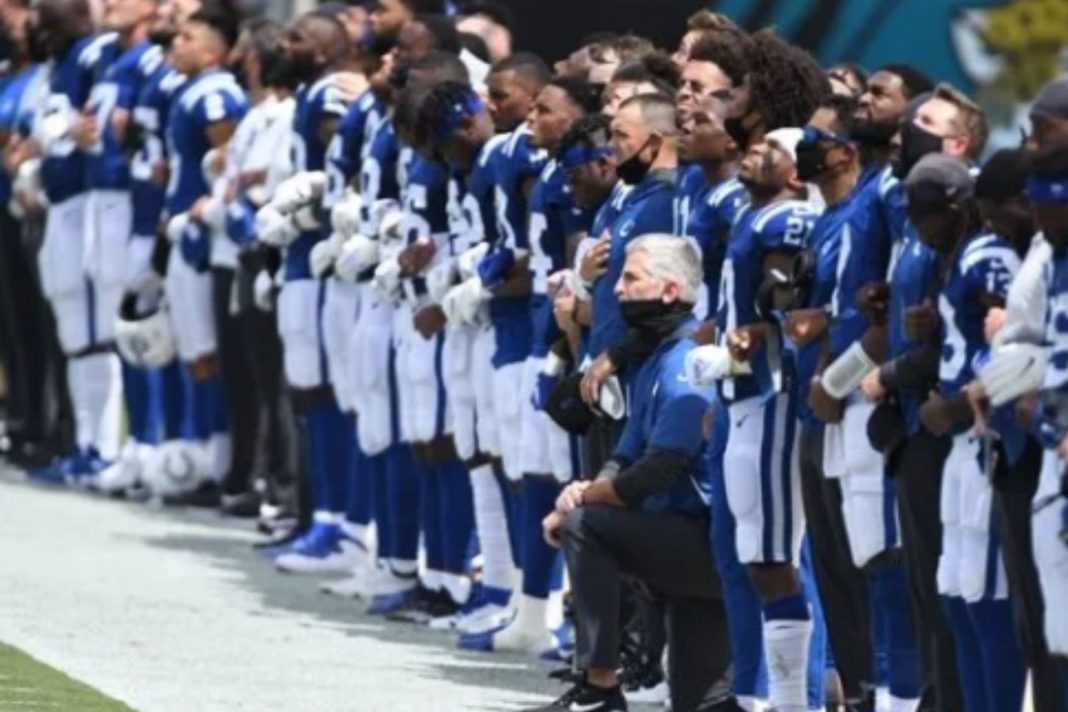 Much of the early coverage on Sunday focused around how many players would protest the national anthem.

Many teams stayed in the locker room, others knelt or raised fists.

But one coach joined in on the national anthem protests. This is how his team repaid him.

Indianapolis Colts coach Frank Reich kneeled during the national anthem ahead of his team’s game against the Jacksonville Jaguars.

The Colts organization released an official statement right before kickoff of Week One to coincide with their coach’s protest.

The Colts were the most heavily favored team to win on Sunday (-8).

So you’d think a truly “unified” team would easily take care of business against the lowly Jaguars.

But it turned out to be the biggest upset of Week One with the Jags toppling the Philip Rivers-led Colts 27-20.

Jags’ QB Gardner Minshew completed 95% of his passes and threw for three touchdowns in the winning effort.

But then again, how could the Jags lose with this glorious man starting at QB?

Maybe the Colts should focus more on the game than making left-wing political statements.