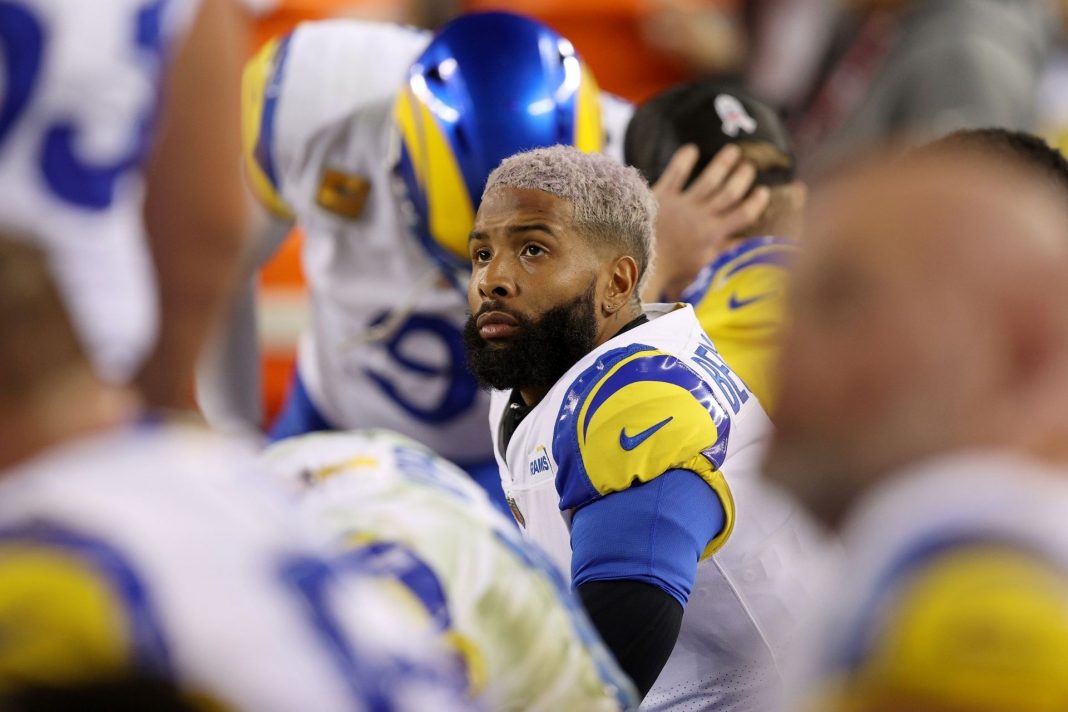 Any athlete knows that team unity is essential to success.

A massive ego in the locker room is nothing more than a tumor to the team’s chances to win.

And one NFL legend thinks that this troubled wide receiver has already ruined his new locker room.

Odell Beckham, Jr. was recently released from the Cleveland Browns following a streak of selfish behavior, including having his father take to social media to attack his quarterback at the time, Baker Mayfield.

Odell now finds himself on the Los Angeles Rams, and the Rams are already suffering as a result, according to three time Super Bowl champion Troy Aikman.

Aikman made this very clear during an appearance on 96.7 The Ticket in Dallas the other day when he claimed “[Matthew Stafford] now feels some of the pressure that maybe Baker Mayfield felt of, ‘Hey, we got to get this guy involved.’”

Aikman then went on to discuss several plays that resulted in drops or interceptions due to Matthew Stafford trying too hard to make a play happen to Odell Beckham, Jr.

And in case you missed it, the Rams got humiliated 31-10 last Monday night against their division rival, the San Francisco 49ers.

That was Beckham’s first game with his new team, and he recorded 2 receptions for 18 yards.

If the Rams plan to avoid a late season meltdown, then Stafford will have to start passing the ball better.

At the same time, at some point Beckham needs to stop the antics.

The man-baby attitude, combined with the girlish pregame fashion shows are doing nothing to help his or his teammates career.

Looking forward, the Rams are coming off a much needed bye week, and look to face off against the powerhouse Green Bay Packers in Lambeau field next Sunday.

For the Rams sake, they better shape up. Fast.