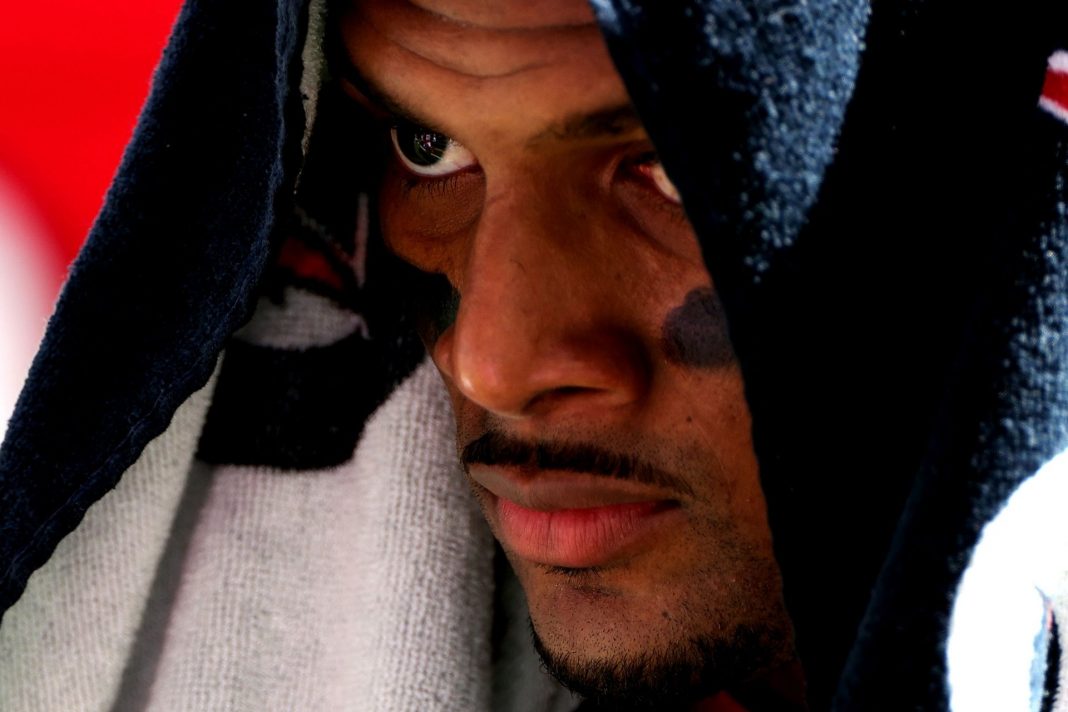 The NFL is wishing this saga would just go away.

Instead it’s getting worse.

Now an NFL player is facing another lawsuit that could force him out of the game in 2021.

Houston Texans Quarterback Deshaun Watson is facing another lawsuit from a woman claiming he sexually harassed her.

The lawsuit claims that in November 2020, Watson asked Chapman for a massage and sexually assaulted her by exposing himself and groping her.

“During the massage session, Watson assaulted and harassed Plaintiff by exposing himself, touching her with his penis and groping her,” the lawsuit claimed. “Watson’s behavior is part of a disturbing pattern of preying on vulnerable women.”

The lawsuit claimed that Chapman ended the encounter by agreeing to Watson’s request that she perform a sexual act on him.

“In an effort to finally end the massage session, and with hopes to be free to leave, Plaintiff finally did as Watson had been instructing her to do for what felt like hours,” Chapman’s lawsuit alleges.

NFL Commissioner Roger Goodell is not going to be able to ignore this scandal for much longer.

Goodell has suspended players over allegations of misconduct without any criminal charges.

And the more lawsuits and allegations that pour in against Deshaun Watson the greater the likelihood that Watson will begin the 2021 suspended.

This is quite a turn for Watson who kicked off the 2021 offseason by demanding a trade over his frustration with the direction of the Texans franchise.

Now the question isn’t who will Watson play for next season, but if he will play at all.