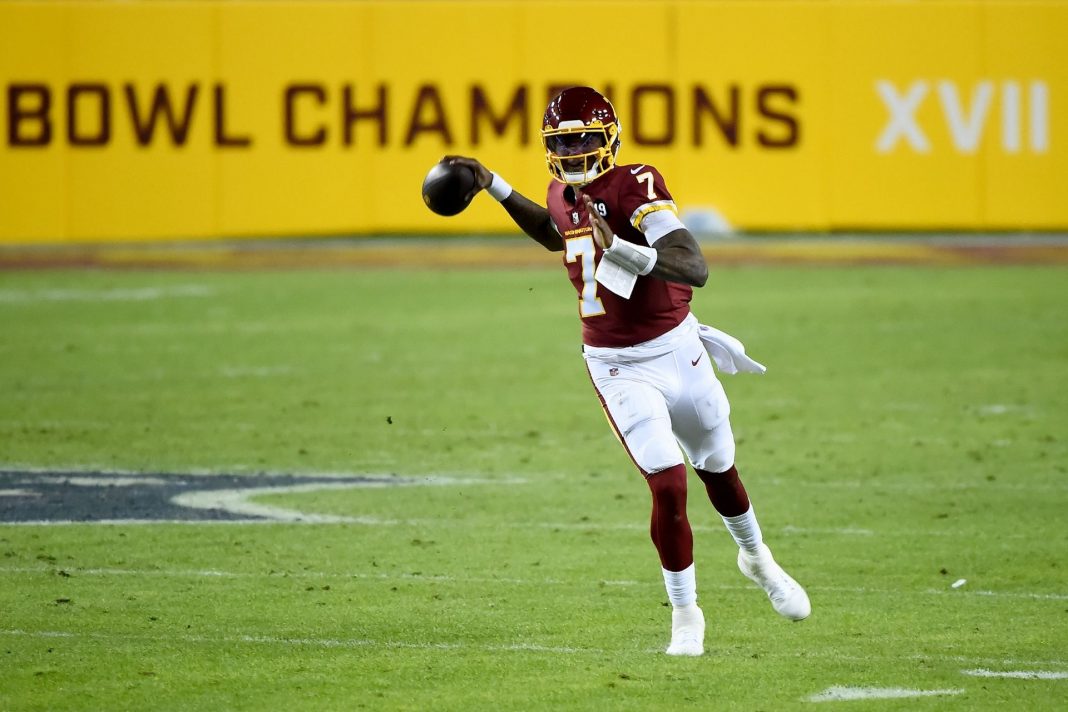 This NFL player wishes what happened in Vegas stayed in Vegas.

It’s one of the most humiliating NFL stories of all time.

And an NFL quarterback lost a fight to the last person you would ever suspect.

Pittsburgh Steelers backup quarterback Dwayne Haskins is struggling to get his career back on track.

The Washington Redskins waived Haskins following a 20 to 13 loss to the Carolina Panthers not even two full seasons after drafting him in the first round out of Ohio State.

Haskins started 13 games in which the Redskins went 3-10 and Haskins only completed a miserable 267-of-444 passing attempts for 2,804 yards with 12 touchdowns and 14 interceptions.

Now with Haskins trying to play his way into being the Steelers quarterback of the future, a bizarre incident in Las Vegas has everyone once again questioning his maturity.

Haskins lost a tooth in a domestic violence incident where his wife apparently beat him up and was taken into custody by police.

DOMESTIC TROUBLE: Kalabrya Gondrezick-Haskins is charged with domestic battery and Pittsburgh Steelers backup QB Dwayne Haskins is missing a tooth after a July 3 incident at The Cosmopolitan of Las Vegas https://t.co/hgACQzLu2Y #8NN

Police did not charge Haskins and Haskins is apparently the victim of this incident.

The Redskins cut Haskins in large part because of his poor play, but the team also quickly gave up on their 2018 first round pick in part because of questions about his ability to handle life in the NFL as a professional athlete.

As the Steelers debate their eventual post-Ben Roethlisberger future, this incident in Las Vegas will not play to Haskins’ benefit.