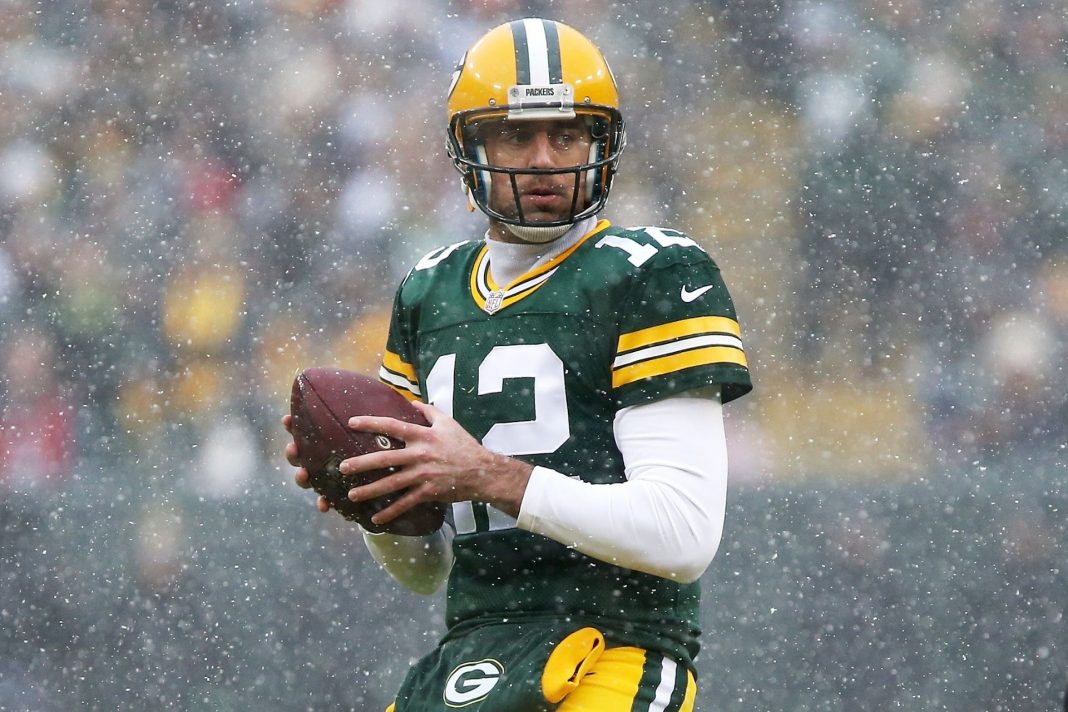 The biggest story of the NFL offseason just took another strange twist.

It’s no closer to a resolution.

And an NFL team just revealed it made this far-fetched demand to trade for their star quarterback.

Both sides in the standoff between MVP quarterback Aaron Rodgers and the Green Bay Packers are dug in.

Rodgers wants out of Green Bay because he knows at some point soon the team will transition to 2020 first round pick Jordan Love under center.

The Packers know Rodgers is still an elite quarterback and would only trade him for the most exorbitant package in league history.

And part of that demand is any team trading for Rodgers must offer up a quarterback in the trade.

On one hand, this request does not make any sense.

The Packers will eventually move on from Rodgers because they drafted Love in the first round and believe him to be the quarterback of the future.

If the Packers are set on Love as their franchise quarterback, why would they demand a team send them a quarterback who will never play?

Even if the Packers just want an insurance policy to play in case Love doesn’t work out or fails to acclimate to the NFL right away, teams don’t usually demand backup quarterback’s be part of a trade.

And it’s impossible to see the Packers wanting a mediocre starting quarterback in return such as Las Vegas’s Derek Carr because otherwise they would just make amends with Rodgers.