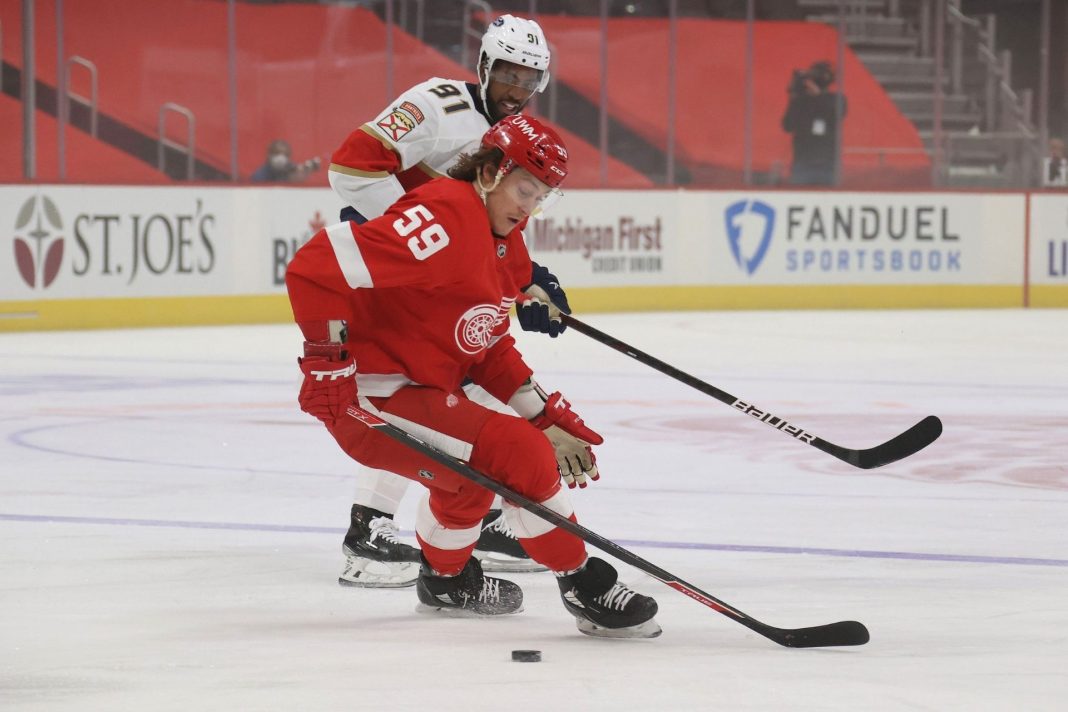 Pro sports has always been all about the money.

But not in this case.

And this player is forfeiting his salary for one reason you won’t believe.

26-year-old Detroit Red Wings left wing Tyler Bertuzzi will forfeit $400,000 in salary by not being allowed to play nine games in Canada this season.

Bertuzzi is the only member of the Red Wings who refused to take the vaccine, and since Canada requires a 14-day quarantine for unvaccinated travelers, Bertuzzi will not accompany his teammates for games in the Great White North.

Tyler Bertuzzi, a key part of the Detroit Red Wings, has declined to get the vaccine for COVID-19, the only Wings player to do so, general manager Steve Yzerman said Wednesday.

Bertuzzi will still be at training camp, which runs for six days beginning Thursday in Traverse City. Yzerman said Bertuzzi will not be able to travel to Canada under current restrictions, which require a 14-day quarantine for unvaccinated players traveling into Canada. The Wings play nine times in Canada, including their first road game, on Oct. 23 in Montreal. If Bertuzzi continues to refuse the COVID-19 vaccine, he would forfeit at least $400,000 just based on the Canada-based games.

Bertuzzi led the Red Wings in goals scored during the 2019-2020 season and the Red Wings – after being one of the dominant franchises in the NHL from the mid-1990s to the early-2010s winning four Stanley Cups – hoped Bertuzzi would be a centerpiece of a rebuild that would end a five-year playoff drought.

The Red Wings may still make the playoffs, but because of Canada’s insane COVID protocols, Bertuzzi will miss nine crucial games for the Wings.