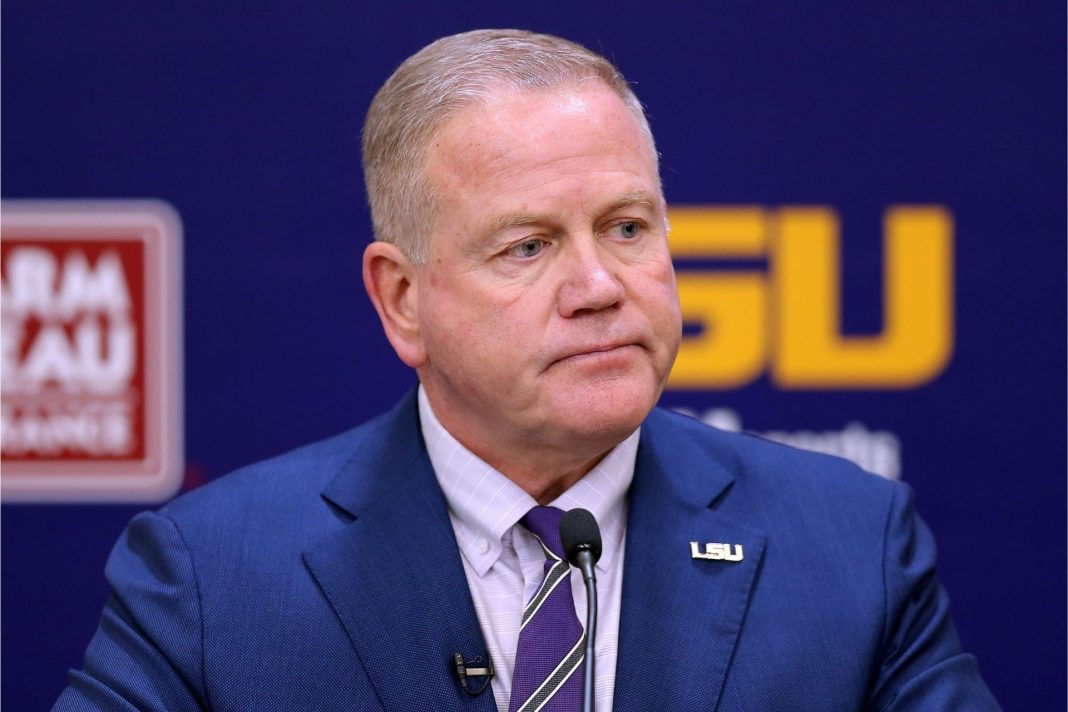 The 2021 season has been quite a year for football coaches.

Many ended up in the headlines for all the wrong reasons.

And an undercover video of this top football coach is the most embarrassing thing you will ever see.

Notre Dame head coach Brian Kelly jumped ship to LSU despite the fact that Notre Dame could still make the College Football Playoff depending on the outcome of the conference title games this weekend.

LSU announced it hired Kelly on Monday luring the all-time winningest coach in Notre Dame history with a massive contract that could see Kelly earn as much as $150 million.

Notre Dame players learned about Kelly leaving via the media and Kelly sent a text message to the team telling them he would explain his decision at a meeting the next day at 7AM.

Someone named Barstoolchief filmed Kelly’s “farewell” address and leaked it on social media.

Kelly spoke to the team for a grand total of three and a half minutes and walked out without taking any questions and immediately headed down to LSU where he spoke with his new team later that day.

This is it. A 4 min total video pic.twitter.com/a0Lh5O0Uk2

There is never a good way for a coach to leave a team.

But there is something low about calling in college kids for a 7am meeting that you only intend to last for less than five minutes.

Kelly began his tenure at Notre Dame under a cloud of controversy.

In 2010, a student videographer was killed when extreme winds blew over the hydraulic lift he was on and Kelly admitted it was his decision to hold practice that day.

In 2021, Kelly slinked out of town to LSU with his team still having everything to play for.

Kelly showed how little Notre Dame and his players meant to him by barely even speaking with a team that put together one of the more successful runs in recent Notre Dame history.