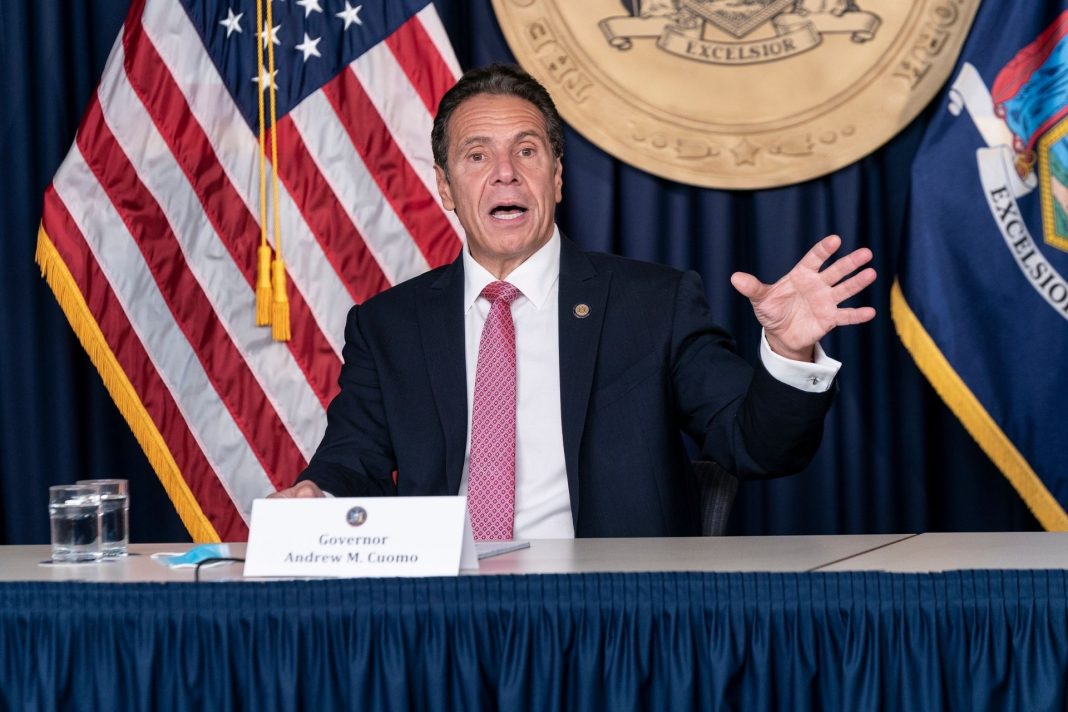 Cuomo banned fans from attending sporting events since they resumed in New York state this summer.

And now Andrew Cuomo just got some bad news about the NFL.

The Buffalo Bills are one of the biggest stories in the NFL.

This outstanding season earned the Bills a home playoff game against the Indianapolis Colts in the NFL wild card round.

When the Bills clinched the division, Governor Cuomo shifted gears and suddenly announced a plan to allow 6,700 Bills fans to attend the home playoff game.

Cuomo revealed this change of heart was because he was a Bills fan and wanted to attend the game.

“I’m going to take my test, I’m going to be out there to watch the game with you, and we look forward to it,” Governor Cuomo stated.

This outraged rank and file New Yorkers who sat helplessly as Cuomo kept them under virtual house arrest for months with his endless lockdowns that frayed New York’s social fabric and destroyed the state’s economy.

“So Cuomo is going to attend our playoff game after telling us that we can only attend at less than 10% capacity? If he thinks he has more right to a seat in that stadium over people who have waited over 20 years for this opportunity, then people better be there to protest his entry. This is OUR team! This is OUR home. We don’t want you here!” the petition read.

The petition garnered over 40,000 signatures and Cuomo realized he stepped in it big time.

That led to Cuomo reversing course and claiming Joe Biden taking over as President and Democrats winning the Senate forced him to rewrite the state of the state address.

NFL players were red with rage when this major change happened