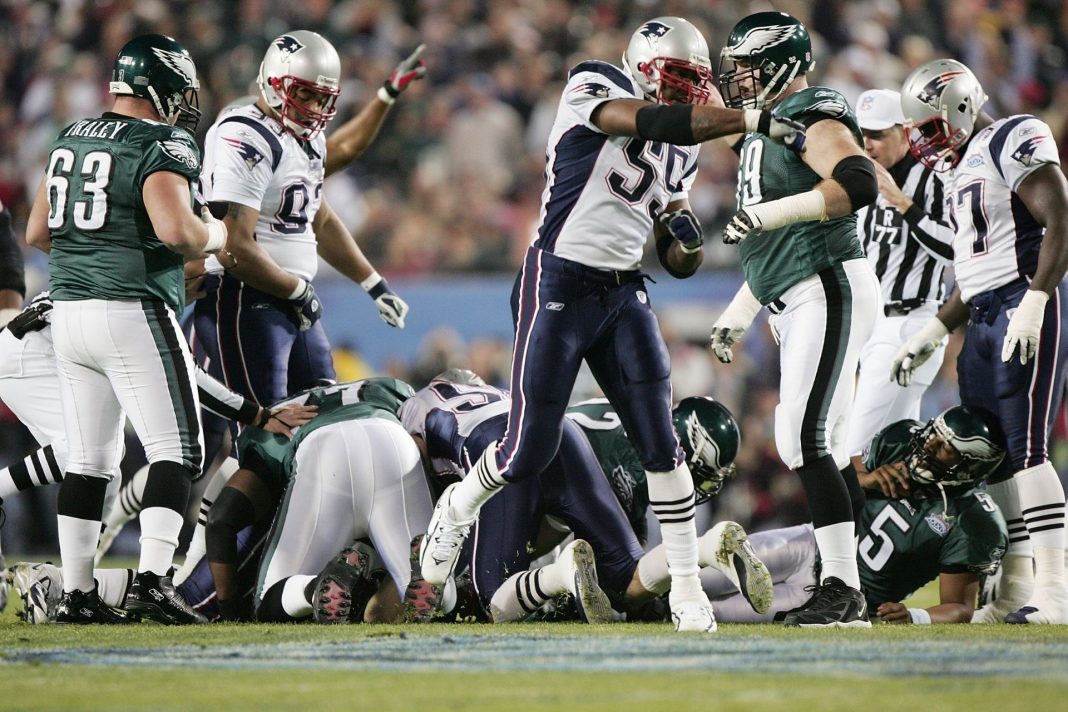 For most fans, it’s easy to think that a team could just load up on the best talent available and automatically be a contender.

Unfortunately, though, that’s often not how things work outside of video games as egos and personalities can clash, ultimately derailing a once promising season.

That’s exactly what happened to former Eagles coach Andy Reid, and now he’s ready to see two of his former star players finally put an end to one of the NFL’s greatest feuds.

Before Andy Reid was the first to really see Patrick Mahomes potential and take the Kansas City Chiefs to back-to-back Super Bowls, he was the head coach of the Philadelphia Eagles.

Unlike the (uncharacteristically) low-scoring Chiefs on Sunday, Reid’s Eagles knew how to light up a scoreboard, even if they never could seem to win the big one.

The closest Reid and the Eagles came to a Super Bowl victory, though, came when they paired quarterback Donovan McNabb with one of the best receivers of his generation, Terrell Owens, back in 2004.

The combo of McNabb and Owens immediately lit the NFL world on fire, going to the Super Bowl in their first season together.

In just 21 regular season starts together, the duo put up over 2,000 yards and 20 touchdowns.

To this day, and despite playing such few games together, no receiver caught more touchdown passes from Donovan McNabb throughout his 13-year career than Terrell Owens.

On the field, the pair seemed like a match made in football heaven.

But, as is often the case in the professional sports world, the two stars’ egos and personalities ultimately destroyed what could have been a historic tag team partnership.

For more than 16 years now, McNabb and Owens have flat out hated each other.

There have been accusations of jealousy and disloyalty, as well as Owens claiming McNabb was out drinking the night before the Super Bowl during the 2004 season, and was too hungover to play.

It’s an ordeal that has gotten so big and gone on for so long, that even Andy Reid wants to see his former Eagles kiss and make up.

“Things happen in this business, man, and I’m not a grudge holder. I’ve never been that way,” Reid said on Thursday. “I’ve talked with [Owens]. I’m close with Donovan, I’m close with him. My wish would be that those two just bring it back together.”

“[Owens] and Donovan had something really special, and wherever it is today it is,” Reid continued. “But that was a special connection. I saw it when they were playing in the Pro Bowls. There was something. They just needed to look at each other and they had this connection, and they carried that over to just have a fantastic year in Philadelphia the year we went to the Super Bowl.”

And while his hope is to see his former star players mending their relationship, he’s not going to hold his breath on seeing one of the NFL’s greatest feuds end overnight.

No, Andy Reid is just going to cherish the good times they had.

“I try to remember the good times,” Reid said. “There were so many good times, and I focus on that.”

At the end of the day, Donovan McNabb and Terrell Owens were, for a short time, one of the best quarterback and wide receiver duos the NFL has ever seen.

The connection the two of them had on the field is not something that can be easily duplicated, but they were simply never able to find a way to get onto the same page with their off-field relationship too.

Not even a Hall of Fame coach like Andy Reid could find a way to bring these two together, and it likely cost all of them a Super Bowl.

But, fortunately, Andy Reid is still trying to figure out a way to bring McNabb and TO together.

And maybe one day, he’ll finally succeed in putting an end to one of the game’s greatest feuds.