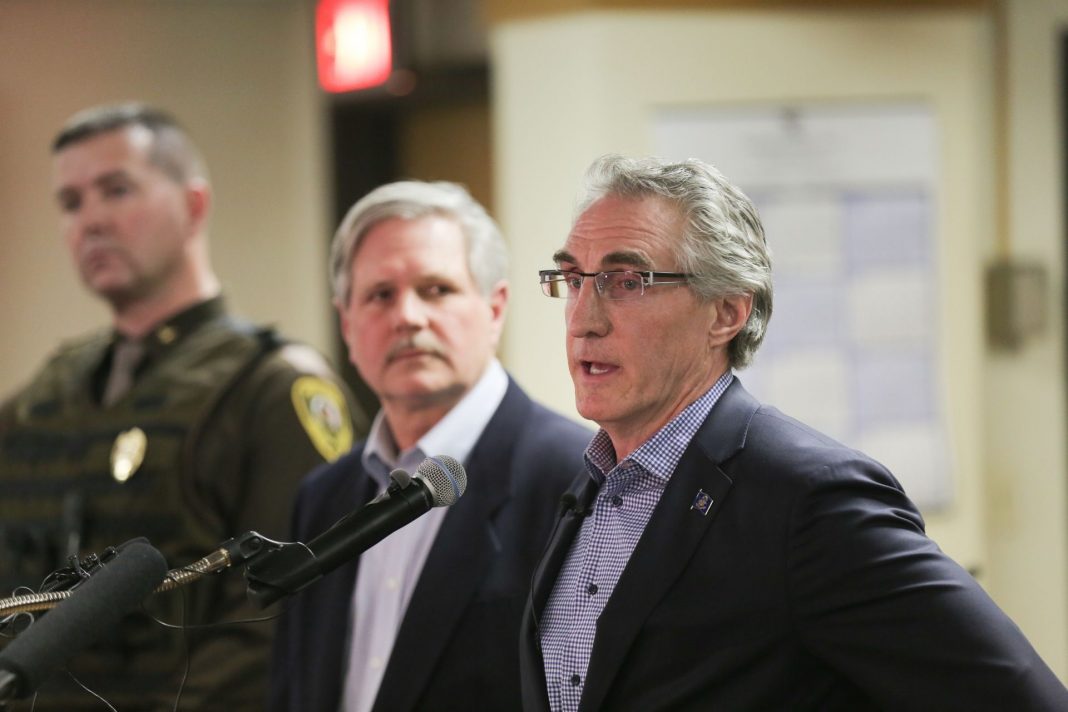 Protecting women’s sports is the political battle of our time in the sports arena.

You would hope that Republicans would be willing to hold the line on this issue.

But another GOP Governor caved to the Left by vetoing a bill protecting women’s sports.

Just a couple years ago, it would have been outrageous to think conservatives wouldn’t be fighting like hell to protect the integrity of women sports from transgender males.

The thought of a dude who thinks he’s a lady body checking your daughter in a girls basketball game isn’t a happy thought to have for most of us.

But due to lack of caring and action by some, this is the political and cultural battle we are fighting today.

States like Mississippi and Idaho have already passed such laws with numerous other states having bills up for consideration.

I never imagined dealing with this, but POTUS left us no choice. One of his first acts was to sign an EO encouraging transgenderism in children. So today, I proudly signed the Mississippi Fairness Act to ensure young girls are not forced to compete against biological males. pic.twitter.com/INZgKQRMJr

But then you had South Dakota’s Governor Kristi Noem who vetoed such a bill while caving to the woke mob and groups like the NCAA, ACLU, and her pals in the Chamber of Commerce.

Instead she started an initiative to protect Title IX which, ironically, courts have ruled protects transgender atheletes.

NEW: The 4th Circuit ruled that barring transgender students from using a bathroom that matches their gender identity is unconstitutional and violates Title IX. It's the latest win for transgender rights that cites SCOTUS' big LGTBQ rights decision in June https://t.co/3sLkW0m25I pic.twitter.com/zXmaV4qW8h

And her spineless act to cave to the NCAA, ACLU, and the Chamber of Commerce drew swift backlash from conservatives around the country.

But have no fear, more Republican leaders are here to ruin your day with more acts of cowardice.

According to local news outlets the bill would have “sought to prohibit public elementary and secondary schools from ‘knowingly’ allowing a student to participate on a school-sponsored athletic team exclusively for their opposite sex.”

Burgum claimed in a statement about his veto that “North Dakota has fairness in girls’ and boys’ sports in large part because of the caring and thoughtful leadership of the North Dakota High School Activities Association (NDHSAA) Board and its members.”

In short, Burgum has no political will to protect our daughters and granddaughters in the sports arena.