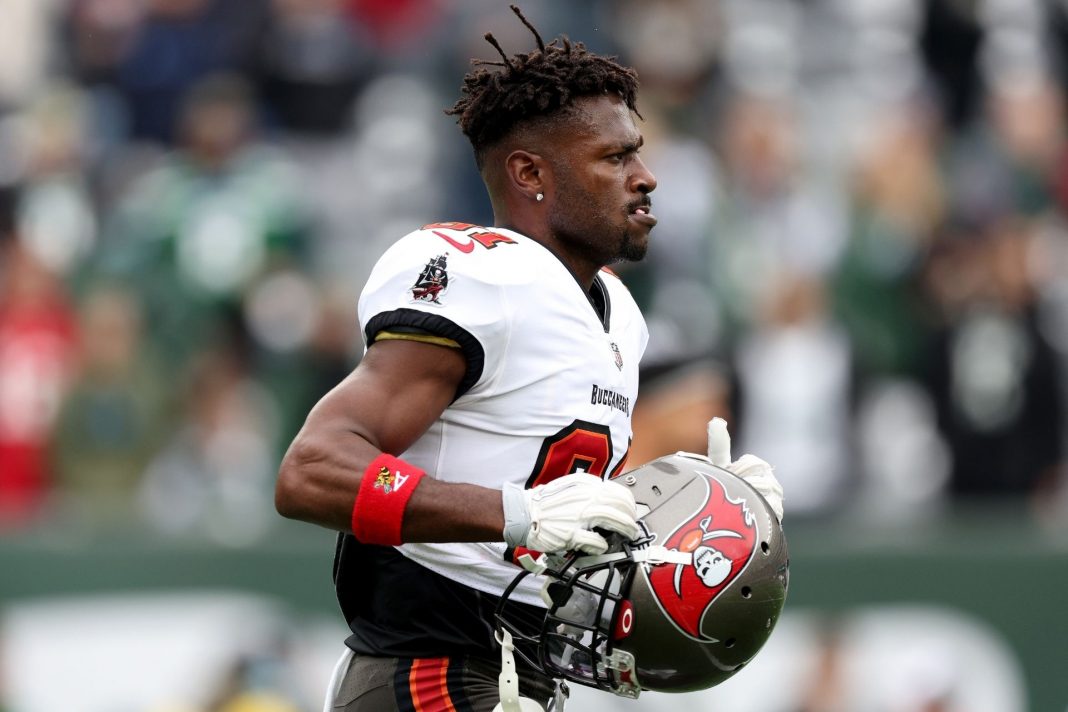 But of everything he has done this is by far the most outlandish act yet.

Sometimes it’s obvious that players have gotten hit just a little too hard in the head while playing football.

And Antonio Brown is the poster child for these players who go absolutely insane.

Brown is one of the league’s best wide receivers.

The man literally has over 12,000 yards receiving and 83 touchdown catches over the course of his career.

And when he plays, he plays with a flare unmatched by most in the NFL.

I knew Antonio Brown was going to be a problem when I first saw him do this shit 😂😂😂😂😂 pic.twitter.com/Gre8DuWzJe

But somewhere along the line, he got hit so hard that now he is one of the NFL’s laughing stocks as he just now does outlandish things.

He recently made the news for storming off during the Bucs vs. Jets game and leaving the game entirely.

But he just took his craziness to an all-time high after he just exposed the Bucs through revealing text messages.

First he went after Coach Bruce Arians who was trying to force Brown to play through an injury.

The text revealed that Coach Arians stated when talking about Brown’s injuries that he was, “NOT resting for the playoffs.”

Then Brown exposed Tom Brady and his trainer for trying to get some money out of him.

Supposedly Brown paid Brady’s trainer $100,000 for work he never performed and demanded it back.

But it seems like neither Tom or his trainer are forking out the cash to Brown.

Antonio Brown now posting Dec. 24 texts with trainer Alex Guerrero, showing they had stopped working together. But Guerrero’s text back looks like what he should say there in response. Brown tagging Brady even. pic.twitter.com/8TOmP5j2tt

And without anyone being shocked, Brown is no longer a member of the Bucs after his antics. Now he appears determined to slander the coaches and top players on his way out.