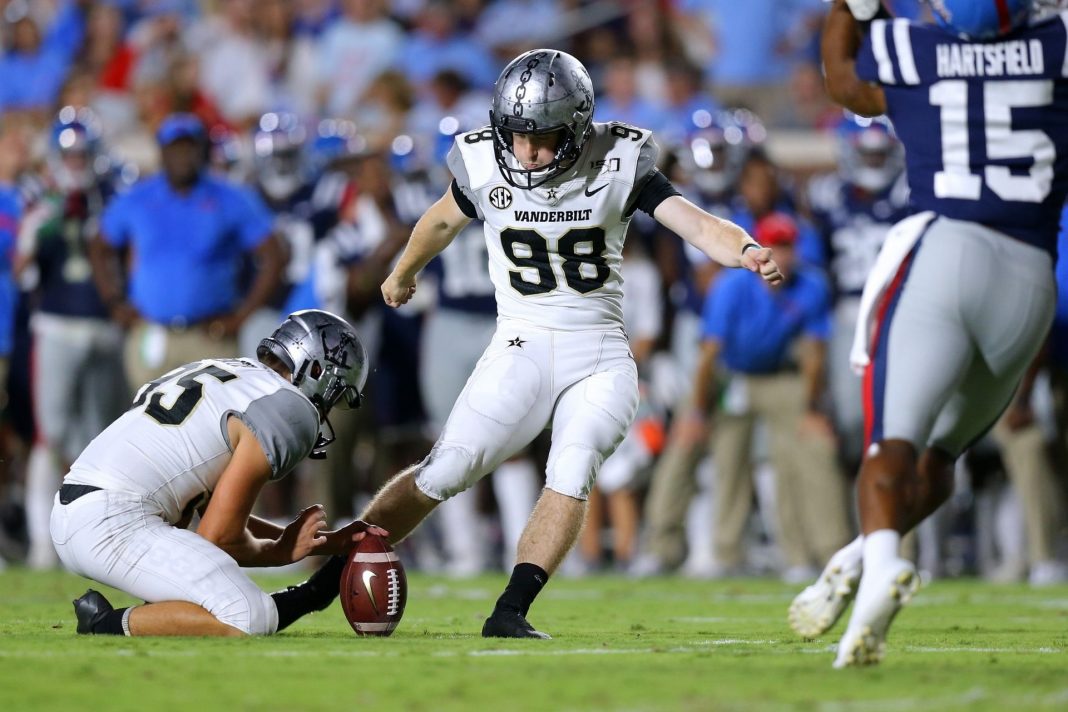 If you’re a sports fan and you haven’t heard or read the name Sarah Fuller no less than a billion times over the past week, you’ve undoubtedly been living under a rock.

The sports media and social media have turned her into a Jackie Robinson-esque figure, bravely breaking the gender barrier in college football.

But apparently, Vanderbilt had a kicker with actual football experience NOT named Sarah Fuller this whole time.

What if the entire narrative surrounding the Vanderbilt and Sarah Fuller situation wasn’t actually what it seemed?

Our Sports with Balls team of experts have seen headline after headline, think piece after think piece, detailing how Sarah Fuller’s 30-yard squib kick was a historic occasion – no – a courageous act, in fact, by one woman who was Vanderbilt’s only hope as they were forced to travel to their game at Missouri on Saturday without a kicker due to COVID-19 protocols.

It may be hard for all of those who’ve pushed this story relentless and bought into the narrative wholeheartedly to believe, but Vanderbilt had an option not named Sarah Fuller this entire time, yet we’ve been told nothing about it – until now.

According to a report from The Tennessean, Ryley Guay, who previously served as Vanderbilt’s primary kicker for the 2018 and 2019 seasons is currently a graduate student at the school and just so happens to have one year of eligibility remaining.

“I don’t know (Guay). But there’s been some discussion about him,” said Vanderbilt interim head coach Todd Fitch.

While Fitch may not know Guay personally, due to the fact that this is his first season coaching at the school, clearly other more tenured coaches were fully aware that Vanderbilt had this option in their back pocket the entire time, otherwise there would have been no discussions about him.

So why on earth would Vanderbilt choose a soccer goalie who’s never kicked in an actual football game before, rather than someone who literally filled this exact role for two years?

Social media was filled with posts about Fuller before Saturday’s game even took place, with some including how “awesome” it was to simply see her kicking in warmups – even if she was kicking from just the 3-yard line, a short distance she would never be able to kick from in an actual game.

If Sarah Fuller was in fact Vanderbilt’s best and only option, that would be one thing, but obviously that’s not the case.

Vanderbilt had options this entire time, and continue to have those same options today, yet they do nothing but continue what is increasingly looking more and more like a publicity stunt designed to virtue signal rather than do what is in the best interest of both Vanderbilt’s football program, and Sarah Fuller herself.

It’s time to stop the charade.