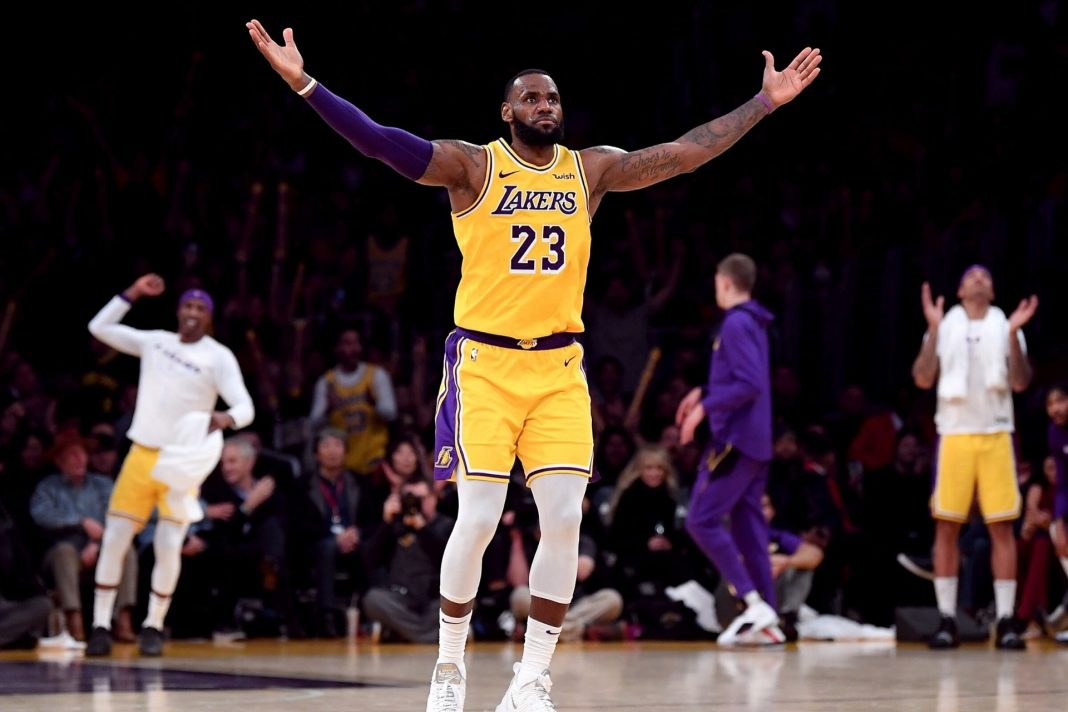 LeBron James simply cannot stop himself from opening his mouth and proving that he’s a fool.

Whether he knows what he’s talking about or not, he is going to give his opinion, even when it means unknowingly setting himself up.

Because if there were any doubt left, LeBron James has once again proven that he is the biggest hypocrite in sports.

Typically, when LeBron is spouting off his opinions and pretending to be the smartest person in the room, he’s pontificating on politics or social issues even though he has no clue what he’s talking about.

Every once in a while, though, he happens to decide that he’ll actually talk about basketball, a subject he should know a thing or two about.

But even then, LeBron apparently can’t help but make a complete and total fool out of himself.

Last March, with the NBA season shut down due to COVID and his Lakers team sitting comfortably in first place in the Western Conference, LeBron advocated for the NBA to adopt a play-in tournament in order to determine the final teams that make the playoffs.

“You got Portland. You got Memphis . . . New Orleans and Sacramento tinkering around there,” LeBron said. “Why not [have] those guys battle it out?”

Fast forward to this season and the NBA has actually instituted a format like LeBron was advocating for just last year.

However, the Lakers have struggled with both LeBron and Anthony Davis out with injuries for extended periods, putting them in sixth place in the Western Conference and on the verge of actually having to participate in that play-in tournament to secure their spot in the playoffs.

But surely LeBron wouldn’t all of a sudden change his mind and decide that now that the play-in tournament actually affects him that it’s a terrible idea, right?

Wrong – that’s exactly what the biggest hypocrite in sports would do.

And to make it even better, LeBron took it a step further and even called for the person who came up with the play-in tournament to be fired.

“Whoever came up with that s–t needs to be fired,” James said Sunday night after yet another Lakers loss.

LeBron is so busy spouting off his dumb opinions left and right that he can’t even keep track of where he previously stood on an issue.

Making yourself look that dumb because you just can’t help but shoot from the hip because you believe everyone needs to hear every thought that goes through your brain is just next level arrogant and self-absorbed.

There is no chance that anyone in sports could ever come close to being this big of a hypocrite, even if they spent years trying.

Maybe that’s actually LeBron James’ biggest talent — the ability to be a bigger hypocrite than anyone in human history.

This honestly couldn’t have happened to a worse person.