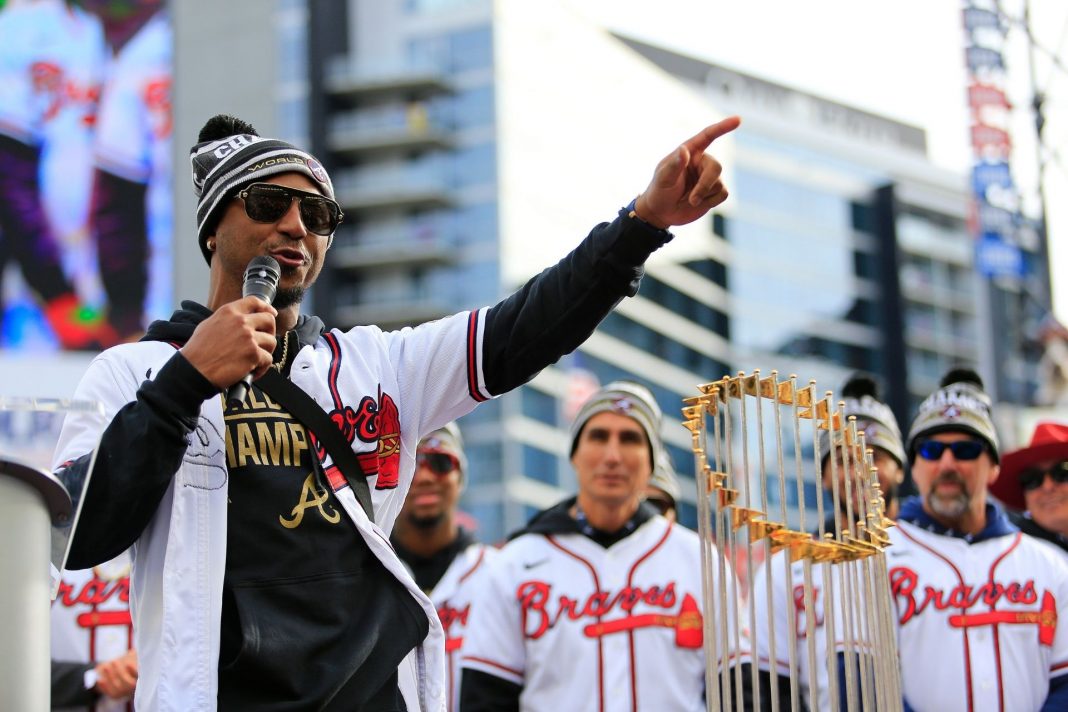 After a championship victory, there are few things hometown fans look forward to more than the team parade.

As Atlanta Braves fans lined the streets to enjoy what many of them have never experienced, they couldn’t believe their eyes.

And Atlanta Braves fans were in complete shock as their parade went by going 50 mph.

Winning it all is what most teams strive for.

And when a team brings home the trophy things can get a little crazy.

The joy of seeing their team triumph over all others just brings out the desire to burn things and riot in the streets.

But once fans get all their happiness out with riots and looting, the thing they look forward to the most is watching their championship team parade through the city streets.

Typically victory parades include a lot of beer, drunk players, and cheering fans.

But the Atlanta Braves had a different idea for their celebration parade.

After going 44-45 at the All-star break – which should have been played in Atlanta if it wasn’t for the woke outrage mob – the Braves pulled off what many thought was impossible and won the World Series against the Astros 4-2.

So needless to say, Braves fans had a lot to celebrate with their first World Series win in a generation.

But even with all the celebrations from the fans something very strange was going on during the Braves’ victory parade.

It seems like either the Braves team didn’t want to celebrate with their fans or they couldn’t afford to rent out parade busses for too long.

Just look how fast the busses were going in certain parts of Atlanta.

I mean we all know that crime in parts of Atlanta is bad but good Lord these busses were hustling.

Braves bus driver got another shift at 2 PM. Getting those boys home QUICK pic.twitter.com/YgLVwPqT2B

But it wasn’t just the fans who were struggling to keep up with the Braves’ parade.

Even the team’s mascots were about to eat it trying to catch those busses going 50 mph in downtown Atlanta.

Who knows, maybe the bus driver was concerned about Minter’s BAC after slamming those beers early in the parade route.