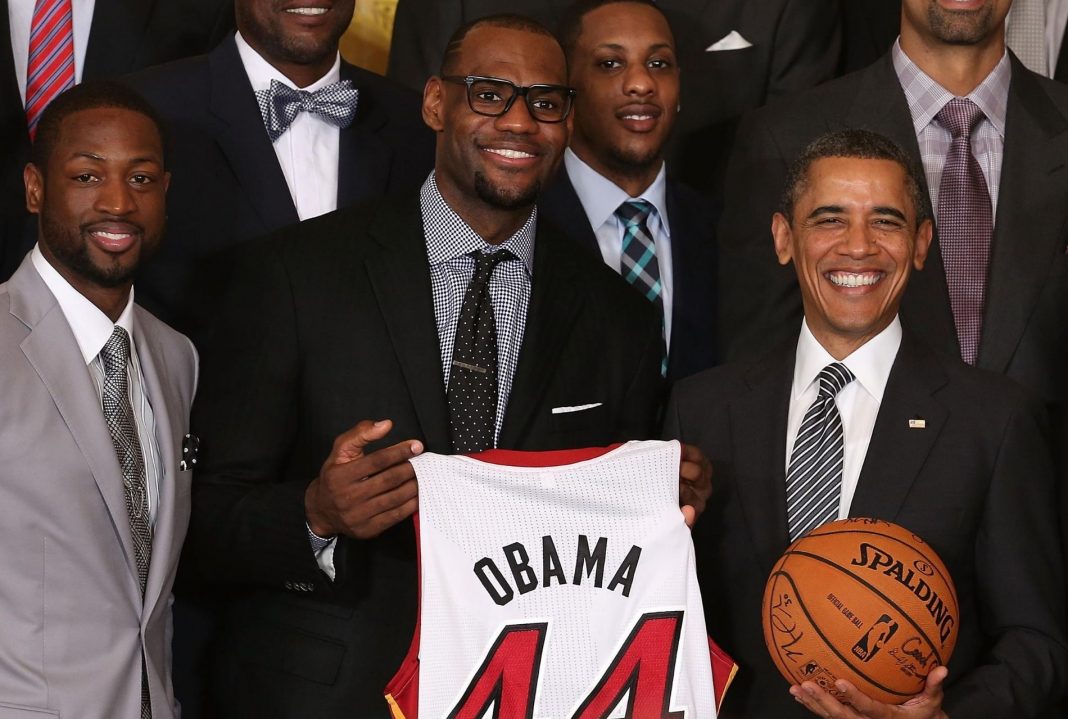 2020 has seen the end of the idea that sports is an escape from politics.

The Left now runs pro sports and is leveraging that control to try and defeat Donald Trump.

And to make matters worse, Barack Obama and LeBron James had one secret meeting that is bad news for every sports fan.

No league leaned in to left wing politics more than the NBA.

The league painted Black Lives Matter on the courts at the bubble in Orlando and allowed the players to wear social justice messages promoting liberal causes on their jerseys instead of their names.

When the Milwaukee Bucks boycotted a playoff game with the Orlando Magic after the Kenosha police shot accused rapist Jacob Blake following Blake allegedly fighting with the police officers and wielding a knife, the entire NBA playoffs came to a grinding hault.

The league returned to action after a three-day player strike in support of Jacob Blake who is accused of breaking into a woman’s home and sexually assaulting her.

NBA players only returned to action after a secret meeting between LeBron James and other high-profile players and Barack Obama.

Obama’s spokeswoman Katie Hill confirmed that Obama played a key role in convincing the players to return to action in exchange for the league agreeing to create a social justice committee which the players can use to defeat Donald Trump and advance far-left policies like defunding the police.

“As an avid basketball fan, President Obama speaks regularly with players and league officials. When asked, he was happy to provide advice on Wednesday night to a small group of NBA players seeking to leverage their immense platforms for good after their brave and inspiring strike in the wake of Jacob Blake’s shooting,” Obama spokeswoman Katie Hill stated.

“They discussed establishing a social justice committee to ensure that the players’ and league’s actions this week led to sustained, meaningful engagement on criminal justice and police reform,” Hill continued.

Even before the Jacob Blake shooting devolved into riots, the NBA committed to donating at least $300 million over ten years to so-called “social justice causes.”

Sports with Balls will continue to keep you up-to-date on any new developments in this ongoing story.