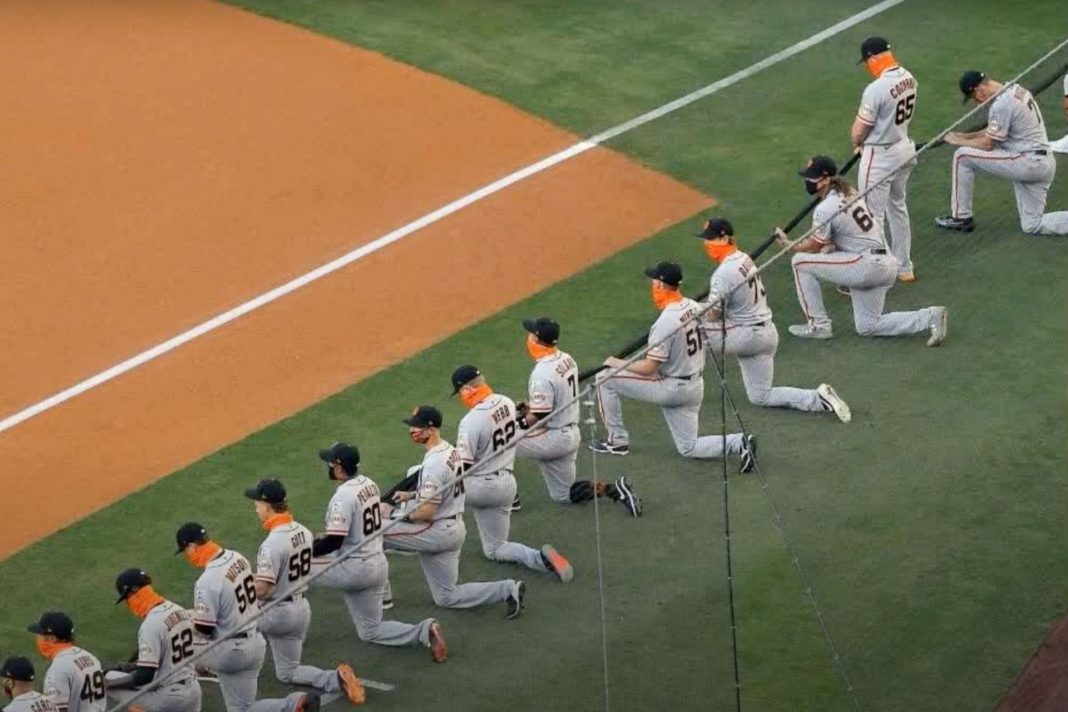 Protesting during athletic events is now just as much a part of American sports of the seventh inning stretch or tailgating.

Millions of Americans are not happy about this development.

But on opening day for Major League Baseball before the national anthem began no one could take their eyes off what one baseball player did.

The New York Yankees and Washington Nationals even took a knee before the national anthem to show their fealty to the Black Lives Matter political movement.

But that was just the warm up.

During the playing of the national anthem before the game between the Los Angeles Dodgers and the San Francisco Giants almost everyone on the Giants swore allegiance to the Marxist BLM Movement by kneeling in a “ribbon ceremony.”

One player refused to kneel.

Coonrod told the press that he “can’t kneel before anything besides God.”

It speaks to how far sports have flown off the rails in 2020 that a player not protesting during a sporting event now qualifies as news.

But such is the state of America in 2020 where the Left fully seized control of professional sports much in the same way liberals control Hollywood, the media, or academia.