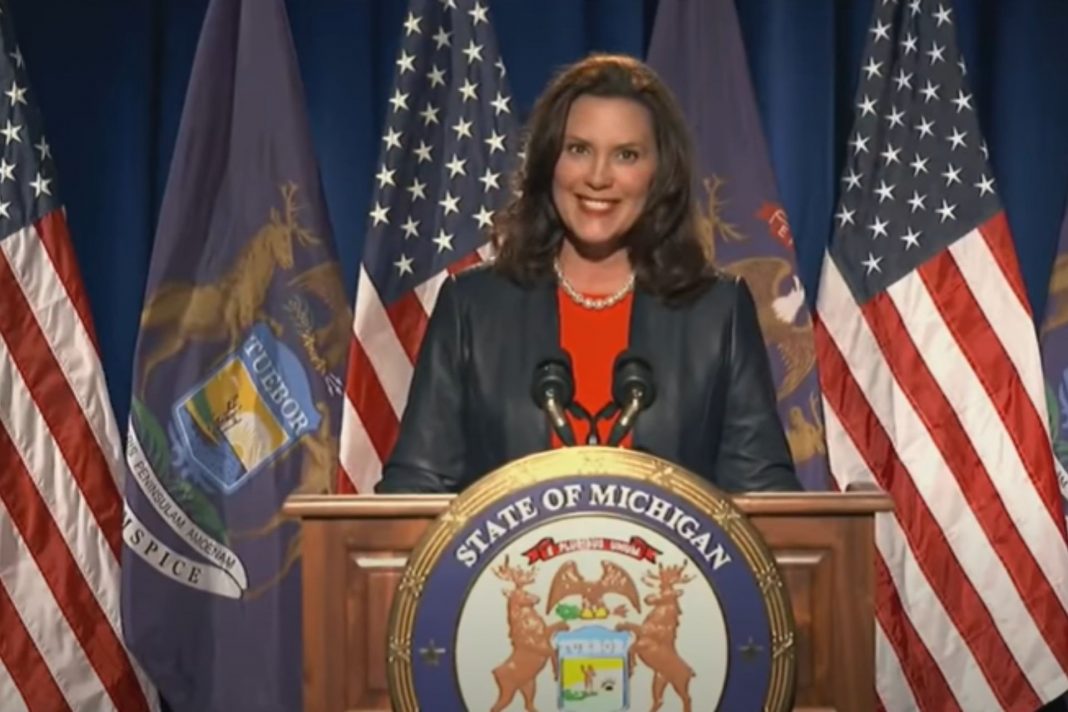 College football in the Big Ten looks like it’s dead for 2020.

Several sporting events have been altered or canceled due to the ongoing public health crisis.

But Big Ten football is being shut down for one infuriating reason.

Schools across the country are cutting sports programs left and right.

However, the Big Ten is one of the top conferences in college sports and isn’t facing a financial crisis.

But the Big Ten won’t be playing any sports in the fall – most notably football – due to concerns over the coronavirus.

That narrative is falling apart, though, because the decision by the Big Ten is looking more and more political each day.

Ohio State insider Jeff Snook and others have reported that league athletic directors and head coaches are eager to play the season.

That also includes players and their families.

And it turns out Michigan governor Gretchen Whitmer could be at the heart of the matter.

Bigwigs within the Big Ten were trying to get six schools to agree to a 10-game home-and-home schedule, but Whitmer is adamant about her state remaining locked down.

That takes Michigan and Michigan State out of play. And a Big Ten season without Michigan will not happen.

Snook wrote, “I also was also told that one roadblock to the new plan is the fact that Michigan Governor Gretchen Whitmer has been vehemently opposed to football being played – at the high school and college level – in the state this fall . . . Ohio Governor Mike DeWine gave his blessing to all sports being played this fall on Tuesday.”

Whitmer has been one of the worst state officials regarding the coronavirus.

Her state ranked 9th in total deaths and deaths per 1 million population.

Whitmer also knelt alongside protesters, which was a slap in the face to the people who’ve been scolded for wanting to cut people’s hair at a salon.

It’s amazing that in the state of Ohio, the president of the United States, the Governor, Ohio State’s athletic director Gene Smith, head coach Ryn Day, and the players and their families all want in.

But partisan politics has been given the authority to override the will of the people.