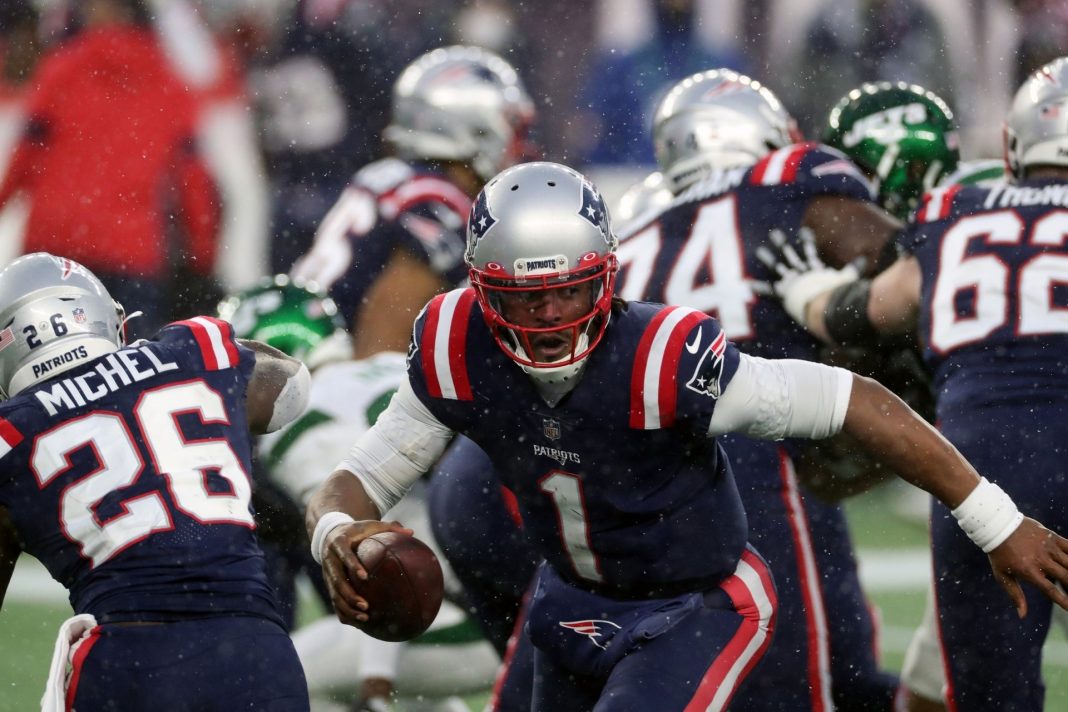 If the 2020 NFL season taught us anything, it’s that, surprisingly, Bill Belichick can’t actually win with any team that’s thrown on the field.

And unfortunately for Patriots fans, the team is still looking for a quarterback that can lead them back to the promised land.

One of their options is last year’s starter Cam Newton. But while Belichick apparently loves Cam, he absolutely hates this about him.

After Tom Brady decided to take on a new challenge in Tampa Bay, the Patriots were left with few options at quarterback.

Eventually, they were able to sign Cam Newton, albeit very late in the offseason by NFL standards.

Newton came in and by all reports was the model teammate, leading private workouts when the league shut down team activities, helping fill the leadership void within the locker room, and was actually accountable when his play was no where close to the caliber we’ve come to expect from a starting quarterback in the NFL.

The quarterback also seemed to thoroughly enjoy his time in New England, which wasn’t a given considering the stark contrast between his personality and the rigid “Patriot Way.”

Last week, Newton spoke glowingly of Bill Belichick and New England during an interview, explaining that the legendary coach was “misunderstood,” and expressing his desire to return to the team this season.

Throughout last season, despite his poor play on the field, Belichick spoke as glowingly about Newton as he has any player he’s ever coached.

And apparently, Belichick’s praise of Newton wasn’t just an act to help boost the quarterback’s confidence.

According to a report from the Boston Globe, multiple sources have indicated that Belichick has done nothing but “rave” about Newton and the effort he put into the 2020 season.

However, as much as Belichick loves Cam Newton the person, he’s not a fan of the current state of Newton’s arm.

“The only problem Belichick is concerned with is Newton’s arm strength, with Newton having suffered multiple shoulder injuries in the last five years,” Ben Volin wrote for the Globe.

Newton himself has acknowledged that all the injuries have affected his ability to throw the ball down field as effectively as well as he once did.

Despite Newton’s lack of arm strength, Belichick’s love for the way Newton approached the 2020 season could make the quarterback’s wish of returning to New England a reality in 2021.

“Belichick did seem to genuinely enjoy coaching Newton, and multiple sources said they would not be surprised to see Newton back with the Patriots, especially if he’s willing to take another cheap contract,” the Globe report continued.

While Newton could inevitably end up back in New England this fall, the expectation remains for the team to draft a quarterback, with the possibility of acquiring a veteran quarterback from another team is still very much a possibility.

So if Newton is content serving as a backup for a cheap salary, there’s no reason not to expect him back with the Patriots.

If he can bring the same mentality to 2021 as he did in 2020, Bill Belichick would obviously love to bring him back.

Whether or not Newton could accept such a role remains the question, though.