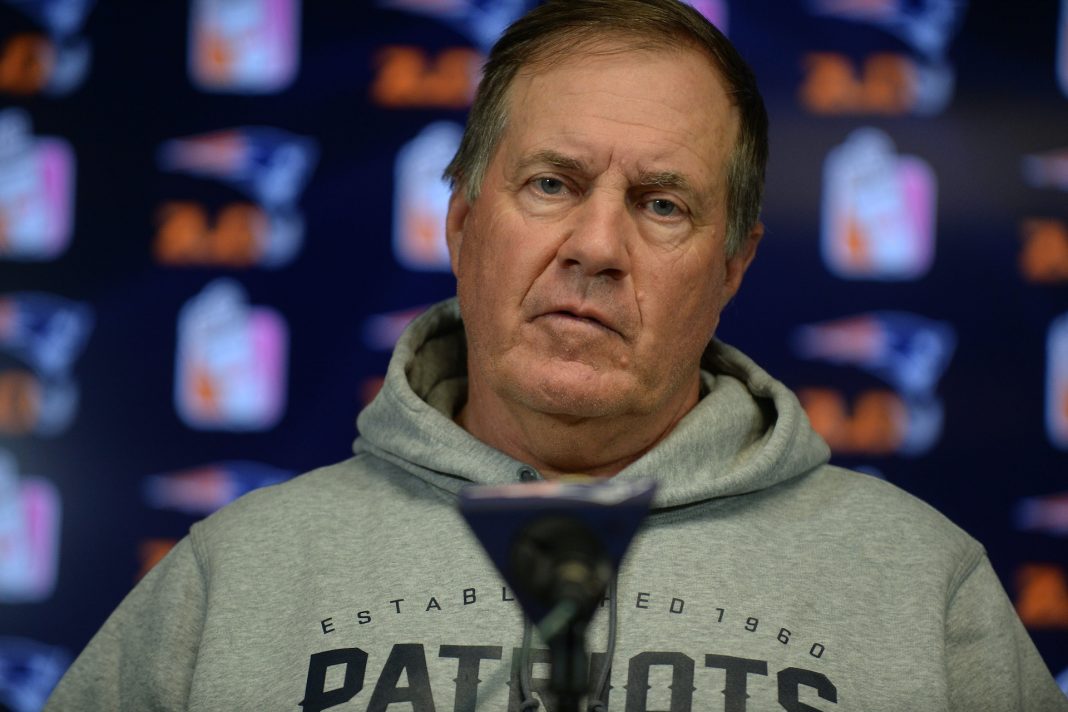 New England Patriots coach Bill Belichick is known for being a surly man of few words.

Getting statements from at press conferences is like pulling teeth.

But Belichick stunned everyone with this eye-opening political statement out of the blue.

Aside from winning six Super Bowls as a head coach of the Patriots and two more as a defensive coordinator with the New York Giants, Bill Belichick is perhaps most known for his aphorism “Do your job.”

Newly minted Secretary of Defense Christopher Miller used Belichick’s mantra when speaking to people under his command at the Department of Defense.

When Belichick heard the news, he responded, “Well, I really appreciate the kind words from Secretary Miller . . . When you consider the type of leadership that he’s shown throughout his career serving our country, it really means a lot. I’m flattered by the reference that he made.”

But Belichick didn’t stop there.

He gave an unprompted plea for the Trump administration to take action against Turkey and Azerbaijan for their aggression against Armenians in a disputed region.

Belichick added, “I’d just say, while we’re on the subject, I read [Miller’s] point about combatting [transnational] threats and I couldn’t help but think and hope that we’ve seen from other countries around the world and I hope that our country will take action against Turkey and Azerbaijan for their unprovoked and deadly attacks on Armenians . . . We’ve seen when humanitarian crisis and things like that, like ethnic cleansing, go unpunished, they just continue to happen. I hope that we can put a stop to that.”

That was a stunning statement from Belichick considering he never wades into controversy and never says more publicly than what is required.

Belichick has a good relationship with Donald Trump; he wrote a strong letter of support for Trump in 2016.

Belichick, Patriots owner Robert Kraft, and Tom Brady all supported Trump, which put them at odds with the significant liberal portion of Boston sports fans.

Berj Najarian – the Patriots’ director of football/head coach administration and close associate of Belichick – is Armenian, so the issue understandably hits home for the coach.

With a contentious election winding down and Trump focused on pulling troops out of Afghanistan, the administration has been understandably reluctant to dive into the conflict between Armenia, Turkey, and Azerbaijan.

Whatever the administration does, this latest conflict is just more proof that Turkish dictator Recep Tayyip Erdogan is a bad actor on the world stage.