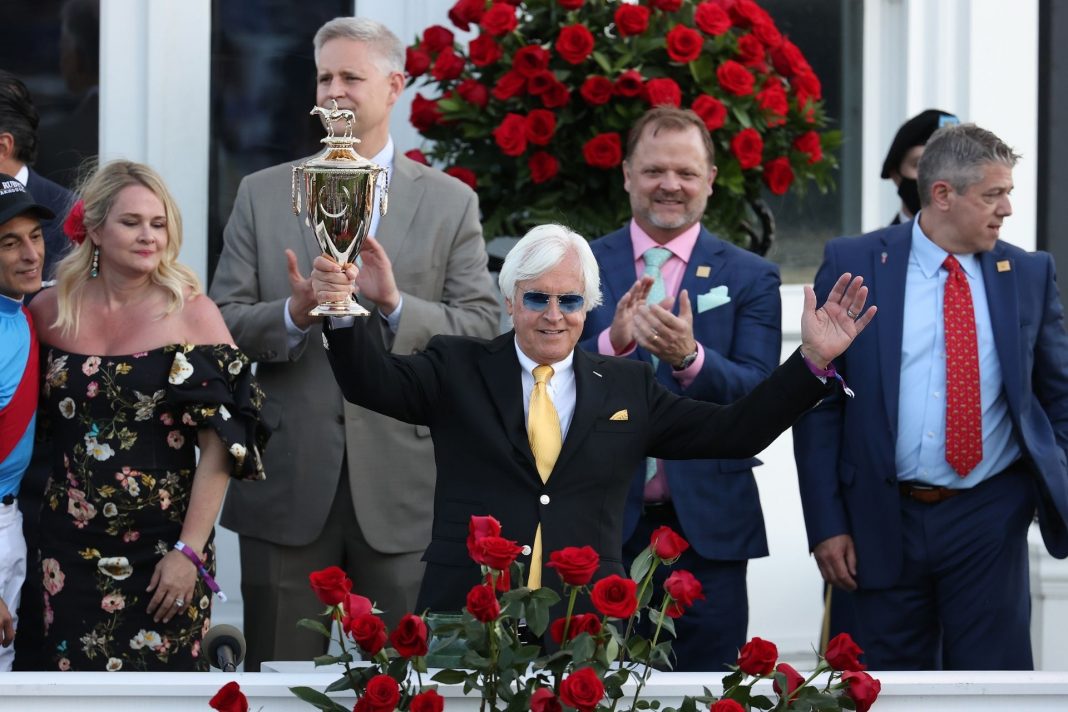 Over the past few days, the most fascinating story in sports has revolved around legendary horse trainer Bob Baffert and his Kentucky Derby winning horse’s failed drug test.

And it’s mainly been such a big story because Baffert tried making every excuse imaginable to explain it all away.

But now, Baffert has basically admitted that all of his excuses were just nonsense.

On Sunday, in an attempt to get ahead of the news that Medina Spirit, his Kentucky Derby winning thoroughbred, had failed a post-race drug test and was in jeopardy of being disqualified from the event, Hall of Fame trainer Bob Baffert held a press conference.

While trying to claim that he could prove his innocence, Baffert called the failed drug test an “injustice,” claimed he was being “wronged,” and even alluded to the possibility that he’s a victim of some sort of “conspiracy.”

The next day, he tried to claim that the ordeal was a result of “cancel culture,” and even tried to explain away one of the other five failed drug tests his horses have returned in the past year by claiming it was a result of a horse eating hay that a stable boy had urinated on.

Despite claiming he could prove his innocence, Baffert was attempting to throw every excuse imaginable against the wall to see what sticks in the apparent hope that he could just make it all go away.

That tactic obviously backfired, and now Baffert is having to walk back much of what he said after his own investigation seems to have proven all of his excuses were utter nonsense.

In a statement released on Tuesday, Baffert admitted that up until the day before the Kentucky Derby, he and his team were treating the dermatitis Medina Spirit had developed on its hind end with an ointment that contained the substance that caused the failed drug test.

“Following the Santa Anita Derby, Medina Spirit developed dermatitis on his hind end,” Baffert said statement. “I had him checked out by my veterinarian who recommended the use of an anti-fungal ointment called Otomax. The veterinary recommendation was to apply this ointment daily to give the horse relief, help heal the dermatitis and prevent it from spreading.”

“My barn followed this recommendation and Medina Spirit was treated with Otomax once a day up until the day before the Kentucky Derby. On [Monday], I was informed that one of the substances in Otomax is betamethasone,” Baffert admitted. “While we do not know definitively that this was the source of the alleged 21 picograms found in Medina Spirit’s post-race blood sample, and our investigation is continuing, I have been told by equine pharmacology experts that this could explain the test results. As such, I wanted to be forthright about this fact as soon as I learned of this information.”

Baffert’s admission comes in stark contrast to his earlier claims that he would never treat his horses with betamethasone.

.@BillHemmer: Why do your horses keep failing drug tests?

Baffert: I would never use that particular drug on a horse. We don't use that drug. pic.twitter.com/KsOGkn5Z3t

But while Baffert has admitted that his horse was given the drug that caused the failed drug test, he’s not surrendering just yet.

In fact, he still somehow believes that the results of the Kentucky Derby’s drug test could be inaccurate, even though experts have told him the ointment likely caused the result.

“As I have stated, my investigation is continuing and we do not know for sure if this ointment was the cause of the test results, or if the test results are even accurate, as they have yet to be confirmed by the split sample,” Baffert said. “However, again, I have been told that a finding of a small amount, such as 21 picograms, could be consistent with application of this type of ointment. I intend to continue to investigate and I will continue to be transparent.”

If Baffert would have merely stuck to saying he believes an investigation will prove his innocence, talked about the fact that the Kentucky Derby is testing for such microscopic traces of drugs that anything could have happened to cause the failed test, and just said he never knowingly gave the horse any banned substance, people might actually be on his side today.

If he would have taken that approach, the fact that an ointment a veterinarian prescribed for dermatitis happened to contain a small amount of betamethasone would have been something most people would give Baffert the benefit of the doubt for, writing it off as an inadvertent oversight in an effort to help, not hurt, the horse.

Instead, because of the route Baffert took that was filled with excuse after excuse, no one has any sympathy for him, and can’t trust that he’s actually being forthright.

It’s likely that it’s proven that the ointment was the culprit in this situation and Baffert’s career will eventually carry on as it has for decades.

But because of how he’s handled this ordeal, his public perception will never recover.

And he has no one to blame for that but himself.