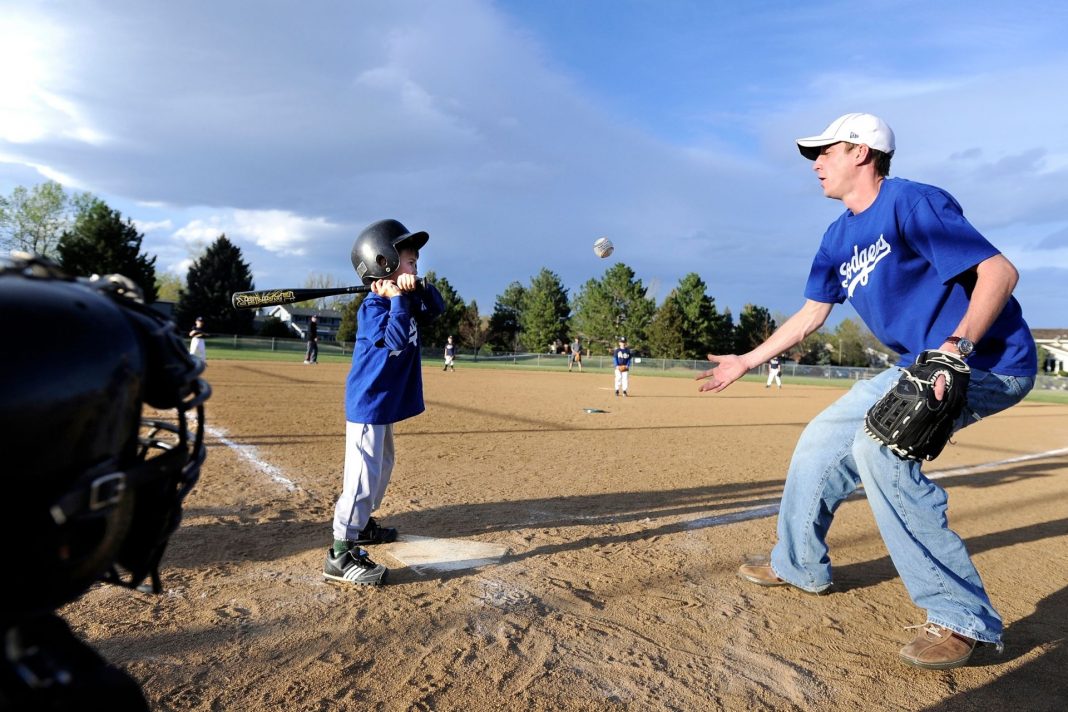 There’s nothing worse than those loud, annoying parents at youth sporting events who believe their kid is God’s gift to sports.

What’s even worse is when those parents lose what’s left of their minds and turn a kids’ game into a chance for them to audition for WWE.

That’s exactly what happened at this Kentucky tee-ball championship game, and boy, did it turn into a royal rumble smackdown quickly.

Stanton is a small, eastern Kentucky town with a population of just over 2,700 residents, and apparently, those residents take tee-ball games just a little too seriously.

Well, maybe a lot too seriously, as a tee-ball championship game on Monday night between the “Rangers” and the “Reds” took a bit of turn, with parents from both teams ripping their shirts off, fighting, and throwing out tons of expletives.

Apparently, the brouhaha all started when the “Rangers” head coach Jimmy Smith decided to walk onto the field to dispute one of the umpires calls – a totally normal occurrence at any level of baseball in which umpires are present.

Other than a supposed bad call, what exactly transpired from there to cause parents to storm the field – including one man who’s very obviously a psychopath considering he runs out and rips off his shirt while running around like a chicken with his head cutoff – is unclear, but it obviously got way out of hand.

Once everything cooled down and the aforementioned psychopath wasn’t still running around the field shirtless, it was decided that the game would end there without declaring either team the winner.

For his part, Smith posted an apology on Facebook, saying that he takes “full responsibility” for his actions and that it doesn’t represent who he is.

“I want to start by apologizing for raising my voice and disputing a call at last night’s game,” Smith wrote. “I accept full responsibility for my actions, and it doesn’t represent the love that I have for coaching the kids in our community. To hear people calling me the things they were calling me last night really hurts because, without a doubt, I love all of these kids and enjoy every moment coaching them!”

“I never touched anyone. Yes, I was upset over a bad call, but I would never fistfight anyone in front of kids!” Smith continued. “I will stand up for my team 10/10 times, and you tell me one coach who wouldn’t?!?! And in this video, I specifically said he dropped the ball while their parents were heckling me!”

On the other hand, the opposing coach, Steve Randall, took a slightly different approach, as he took to Facebook to post a response to Smith’s post urging him to “make it right” by crowning both teams co-champions.

“Jimmy Smith, you wanna make this right? At this point all I care about is getting these kids what they deserve,” Randall wrote. “You call me tomorrow and let’s schedule a time we can have both teams at the field and hand them their deserved trophy. What you did was wrong, what I did was wrong and it was a disservice to the kids. We name the Rangers and Reds co-champions and be done with it. You go your way I’ll go mine. I will be waiting for your phone call tomorrow.”

It hasn’t been reported which team was winning at the point the game had to be stopped, but Randall’s post basically makes it as clear as possible that it wasn’t his team that was winning.

Regardless, what we do know is that this whole ordeal has definitely brought plenty of scrutiny upon the parents involved.

The Stanton Parks and Recreation department released a statement saying that they were still reviewing videos and reports from the incident, and would be taking action against some of the parents.

“While there will be disciplinary actions taken against individuals, we will not be discussing those publicly,” the parks department said on Facebook.

But those punishments could be the least of some of these parents’ worries, as the Stanton Police Department has said that they too are investigating the incident.

“We’re going to speak to everybody that we can, and if the (Powell) county attorney recommends charges, that’s what we’ll do,” Stanton Police Department Sgt. Ian Morton said according to the Lexington Herald Leader.

At the end of the day, no matter what punishments come their way, the embarrassment of how ridiculously dumb these parents looked in what has become a viral video should punish them plenty.

Of course, at the same time, considering how mentally unstable you have to be to behave like this over a tee-ball game, at least half of those in the video probably won’t have the ability to comprehend how dumb they really look.

No one should take the athletic endeavors of any kid that young so seriously.

Yes, they should be in the process of starting to learn the game and the correct way to do things to build a foundation for the future, but at that age, keeping them from playing in the dirt is the only real goal.

Hopefully, in the end, everyone involved will come out of this better than they were before.

But we all know that’s probably just wishful thinking.